Books
Murder in the Manuscript Room 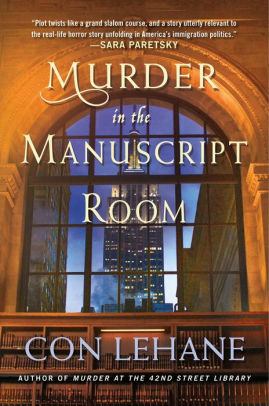 In short order, Paul Higgins, a retired NYPD intelligence officer turned thriller writer, donates his papers to the library. Higgins once worked the Richard Wright murder and the papers presumably have copies of his on-the-job case notes—but Higgins wants his papers sealed until after his death. However, when new library employee Leila Stone is found murdered in Raymond’s office near Higgins’ papers, the sealing tape on one of the boxes broken and something obviously missing, finding out an old truth takes on new urgency.

The murder investigation is hijacked from the NYPD by a private intelligence consulting firm working its own agenda. An agenda that seems to be less about solving the murder than linking it with a suspected terrorist, an Islamic scholar, who has been using the library for his research.

Murder in the Manuscript Room is a nicely constructed murder mystery with an air of espionage. Its genesis is in the murky 1980s when communism and drug gangs were the social bugaboos, and its conclusion is in the now, when terror, racism, and bigotry trumps all. The mystery, Richard Wright’s and Leila’s murders, and the how and why of the connection between Higgins and the consulting firm are more than enough to keep the reader turning the pages. The past and present are nimbly woven into an intriguing tapestry that makes Murder in the Manuscript Room as much about our culture as it is about murder.