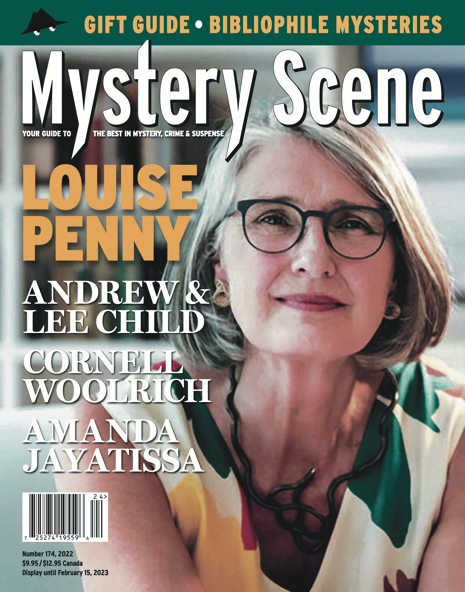 Redemption is a key theme of this beloved author’s work, and in her own life, a second chance led to love, sobriety, and success.
by Craig Sisterson

The last two decades have seen a resurgence in crime and mystery-themed comics.
by Michael Mallory

The author offers insight into Sri Lankan culture and traditions in her critically acclaimed thrillers.
by Oline H. Cogdill

Combinations of mystery and book lore so good they should be against the law.
by John B. Valeri

Two brothers, one iconic ex-Army lone wolf character out to right the world’s wrongs, and kick butt as necessary.
by Eileen Brady

Since his death 54 years ago, American crime writer Cornell Woolrich has divided literary critics. Is he “the Poe of the 20th century”—or something else?
by Curtis Evans

Here’s an alluring pile of loot for all the good little boys and girls of your criminal acquaintance.
by Kevin Burton Smith