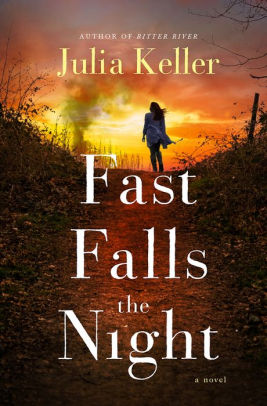 Fast Falls the Night, by the Pulitzer Prize-winning journalist Julia Keller, is the sixth novel featuring rural West Virginia county prosecutor Bell Elkins. The fictional town of Ackers Gap, the county seat, has fallen on hard times and many of its residents have turned to drugs as a coping mechanism for rising unemployment and poverty.

These marginalized addicts are mostly ignored by the sheriff’s department and others in county government, but when Deputy Jake Oakes finds a heroin overdose victim—the daughter of a wealthy lawyer—in a gas station bathroom, it is the beginning of a long night. A night that will see dozens of overdoses and find Bell Elkins desperately searching for the culprits responsible for a tainted batch of heroin, and that will ultimately focus a harsh light on the city’s and county’s drug problem.

Fast Falls the Night, covering 24 hours, is a compassionate procedural—long on the impact of drugs on its users and their communities and short on investigative techniques—that feels as much like a true-crime magazine article as it does a novel. Its pace, despite the brief timeline, is unhurried and often interrupted with long passages of internal character dialogue.

Bell Elkins, likable and empathetic, is weary and jaded by her inability to help the struggling residents of her county and caught in a family dilemma. Her sister, Shirley, recently released from jail for killing their abusive father when Bell was a child, has a potentially catastrophic secret that may destroy Bell’s world. The tale ends much the same as it starts, with more questions than answers.