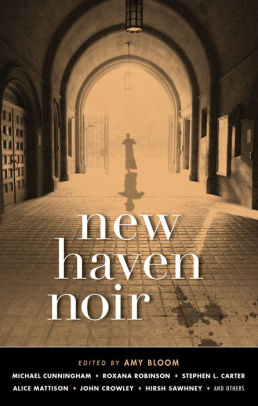 New Haven Noir, edited by Amy Bloom, is the most recent anthology in Akashic’s popular Noir Series. Included are 15 stories with one common thread: New Haven, Connecticut. The forgotten Elm City, midway between New York City and Boston, is rife with potential for the dark trappings of noir with its working-class identity overshadowed by the ubiquity of Yale. But only a few stories included are noir, at least in the traditional sense, because many are steeped with hope and redemption; qualities as far from noir as Little House on the Prairie, the television series, is from a traditional Western.

This eclectic anthology, noir or not, is brimming with an abundance of good storytelling, entertaining tales, and meaningful narrative. Stephen L. Carter’s “Evening Prayer,” with its evocative setting and rich characters, is a powerful story about race in mid-20th-century America as viewed by a young African-American boy. “I’ve Never Been to Paris,” by Amy Bloom, the book’s editor, is a nicely rendered traditional mystery with a very scholarly murder. Chris Knopf’s “Crossing Harry,” with its unreliable narration and nicely executed climactic twist, is as much a horror story as anything, but very good nonetheless.