Nonfiction
My Life With Ellery Queen: A Love Story 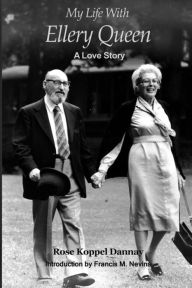 The author, who died in 2014 at age 100, was the widow of Frederic Dannay, the editorial and puzzle-creating partner of the Ellery Queen team. They met on New Year’s Eve, 1974, when he was a lonely, unhappy man, a hypochondriac and borderline agoraphobic who had lost two wives and a third lady friend to cancer. Most who knew Fred at that time would have agreed with Francis M. Nevins’ opinion put forth in his excellent introduction that Rose saved his life. By the time of his death in 1982, the man who avoided travel and public speaking had visited Japan, Israel, Sweden, and Great Britain, had been interviewed on The Dick Cavett Show, and had made a number of public appearances, always with anxiety but always with success.

Rose Dannay’s account of their life together does not gloss over their conflicts or deny that Fred could be a very difficult man to live with. But no one will doubt the appropriateness of the book’s subtitle. New biographical details include Fred’s anecdotes of his and partner Manfred Lee’s humorous and exasperating Hollywood experiences, and an account of his near-fatal 1940 car accident that led to months of hospitalization and an erroneous radio report of his death by Walter Winchell.

MysteryScene RT @PiercyRohase: Is this what writers of #CrimeFiction have for lunch? 🤔🤣 https://t.co/AWVUh6PLmM
22h • reply • retweet • favorite