Books
The Gates of Evangeline 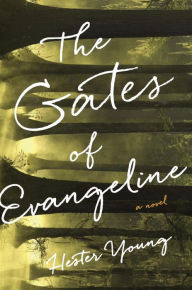 Hester Young’s fiction debut delivers a lush, heartbreakingly realistic story of a woman trying to climb out of a morass of grief after the death of her four-year-old son and finding a kind of salvation in her work as a journalist. Superbly written and deftly plotted, The Gates of Evangeline delves deep into the vagaries of family life and the bonds it creates and destroys.

Keegan, the child of single mother Charlotte “Charlie” Cates, dies suddenly from a brain aneurysm during preschool. Charlie never had a chance to say goodbye and is now haunted by dreams of children. A friend’s child trips during a dance recital in Charlie’s dream, and then it happens in real life. But she can’t explain the image that appears to her of an abused boy on a boat in the middle of a lake.

Redemption comes, in a way, from a former boss who hires her to write a true-crime book about the unsolved disappearance of a wealthy family’s two-year-old son Gabriel, who went missing from his locked bedroom on the family’s Louisiana estate Evangeline in 1982. Until now, the Deveau family has resisted publicity, but the father, Neville, is long dead and Hettie, the matriarch of the family, is near death; the twins Sydney and Brigitte want a book that they feel will be a history of their family, and their long-lost older brother.

Ensconced in one of the estate’s guest houses, Charlie uncovers several clues that were ignored at the time. The Deveau siblings are a bitter lot, concerned more about their money and image than finding out what really happened to Gabriel.

The Gates of Evangeline’s absorbing plot delves into Charlie’s pain and growth, while believably incorporating her dreams as part of her recovery. Readers empathize deeply with Charlie as she struggles to find the truth behind Gabriel’s disappearance while struggling with her own almost unbearable loss. Young shows how the simplest or most mundane of details can bring up grief: a neighbor “sees smudgy sliding glass doors, but I see my son’s fingerprints. She sees an old Cheerio, and I see a breakfast when he sat with me, fidgeting, complaining, dawdling.”

A turn in the plot is not only a surprise, but also one of the cleverest twists I’ve ever read. Young is off to an excellent start with The Gates of Evangeline, the first of a planned trilogy.

Hester Young’s fiction debut delivers a lush, heartbreakingly realistic story of a woman trying to climb out of grief after the death of her four-year-old son and finding salvation in her work as a journalist looking for truth.