Books
Someone Is Watching 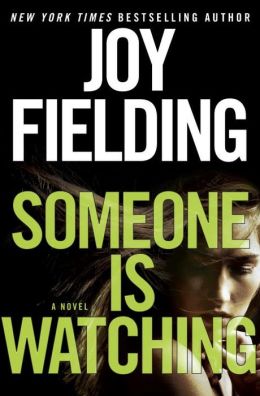 Toronto’s Joy Fielding, one of the go-to pros of domestic suspense, has been cheerfully ripping lives (and families) apart in all sorts of interesting ways for forever, it seems. But her latest, Someone Is Watching, may be her most unsettling yet. In it, she strips the flesh off yet another life—that of cocksure investigator Bailey Carpenter.

Young, beautiful, and sharp as a tack, Bailey works for Holden, Cunningham and Kravitz, a prestigious Miami law firm. She lives in a swanky high-rise, drives a nifty sports car, and is, of course, wonderfully thin. She’s also set to inherit a mountain of money from her recently deceased dad.

So Bailey’s life, despite dear old dad’s passing is, well, pretty much fabulous. Then she gets raped.

Those who object to the threat of rape as an overused (and possibly misogynous) plot device will have plenty to chew over with this one. But it’s not the rape that Fielding is interested in here. The actual assault is dispatched quickly, reduced to a few harrowing pages early on. Bailey never sees her attacker, and comes to in an ambulance with someone telling her it’s going to be all right. It isn’t.

It is the aftermath of sexual assault that Fielding is interested in. Rear Window’s Jimmy Stewart was apartment-bound due to a broken leg, but it’s Bailey herself who is broken here. She showers incessantly, has nightmares, is afraid to leave her apartment. The phone rings and there’s nobody there. She thinks she may be losing her mind. She becomes obsessed with spying on other tenants with her binoculars. Particularly the preening peacock across the way who prances around naked and has sex with various women without closing his blinds. And then, with a shock, Bailey realizes he may be watching her. That he may be her attacker. That he may even be a murderer.

But nobody—the cops, building security, her own brother—believes her. Only Claire, her estranged half-sister, and Claire’s smart-ass teen daughter Jade, who have turned up to help, seem to accept Bailey’s story. Seem to.

As the once cocksure Bailey gets sucked deeper into a drowning pool of paranoia, guilt, and deceit, she begins to question her sanity, and her own credibility. Readers may as well.

This isn’t an easy book. But it’s a powerful and perhaps timely one, both creepy and psychologically complex. Read it now. But pull the blinds.