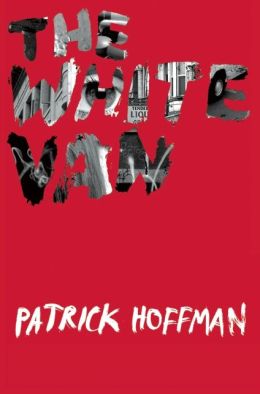 At first glance as utilitarian as the white van of its title, Patrick Hoffman’s promising first novel is a deceptive shell game that draws readers into a series of brain-shifting, often-bloody revelations. It’s arguably the best heist-gone-wrong yarn since Reservoir Dogs.

All-night, drug-prowling shewolf Emily Rosario is out on the town slamming down whiskey in a San Francisco dive, trying to figure a way out of her zero-sum life. An apparently harmless middle-aged Russian businessman buys her a few drinks and then invites her to his hotel room. No harm, right? But who’s zooming who?

A week later, Emily’s stoned out of her gourd and holding up a downtown bank, not quite sure what’s she’s doing or how she got there. But then her survival instincts kick in and Emily’s out of there, slipping through the cracks between the cops and her “accomplices,” drugged, dazed, and confused (and packing $800,000 in stolen loot), on the run from both Russian gangsters and the cops. And it soon becomes clear to readers—if not Emily herself—that they’re all equally dangerous. That’s because Leo Elias, a bent and broken SFPD Gang Task Force member, whose marriage, sobriety, and sanity are all circling the drain, is running his own hunt for Emily, visions of all that cash dancing in his head.

There’s a little something for everyone in this multicultural matryoshka of nested scams and conspiracies: dirty cops, black marketeers, strippers, private eyes, junkies and assorted bottom-feeders—but you’d better read fast. Life expectancy in this satisfying whack-a-mole of a novel can be as short as a few paragraphs. The Fickle Finger of Fate comes well greased in this one, and nobody is safe—least of all streetwise-but-people-dumb Emily.