Mystery Scene continues its ongoing series in which authors give a behind-the-scenes look at their novels and writing process. 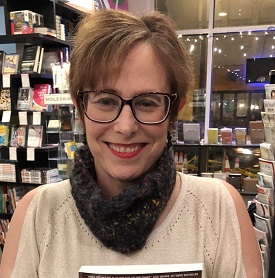 Today, Libby Fischer Hellmann, left, talks about the challenges of writing historical fiction as she does in her latest novel, A Bend in the River.

Hellmann left a career in broadcast news in Washington, D.C., and moved to Chicago more than 35 years ago, where she began to write gritty crime fiction.

She has been a finalist twice for the Anthony and three times for Foreword Magazine's Book of the Year. She has also been nominated for the Agatha, the Shamus, the Daphne, and has won the IPPY and the Readers' Choice Award multiple times. Hellman hosts a TV interview show and conducts writing workshops at libraries and other venues, and has served as the national president of Sisters In Crime. Her books have been translated into Spanish, German, Italian, and Chinese.

Hellmann’s latest novel is A Bend in the River.

A Bend in the River is about two young Vietnamese sisters who flee to Saigon after their village on the Mekong River is burned to the ground in 1968. The only survivors of the massacre that killed their family, the sisters struggle to survive but become estranged, separated by sharply different choices and ideologies. Mai ekes out a living as a GI bar girl, but Tam’s anger festers, and she heads into jungle terrain to fight with the Viet Cong. For nearly 10 years, neither sister knows if the other is alive.

“What’s with all these crime authors writing historicals?” I’ve heard this more than once over the past year. Apparently, writing about the past is the latest trend. I never noticed it, but I’ve been alternating between historical and contemporary thrillers for 15 years. So, I took a look around, and, by gosh, it seems to be true.

In May 2019, the New York Times Magazine explored the subject with an article. “Why Are We Living in a Golden Age of Historical Fiction?”

The answer isn’t difficult. The article says, “In tumultuous times, novels tend to look forward to a dystopian future, but authors are increasingly writing about the past.” Certainly, the events of the past four years, upending precedents and norms, have been tumultuous. Some believe we’re already living in a dystopian-ish world. Margaret Atwood aside, why duplicate the misery and oppression such a world presents?

Going backward rather than forward can feel more relevant. There’s a certainty about the past.

While events and facts are often interpreted differently—via historiography—there’s little dispute about the events themselves. 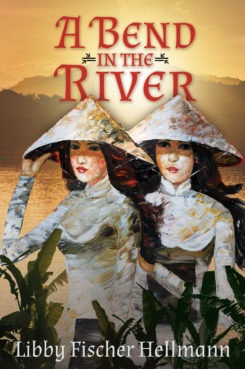 In addition, the genre of historical fiction, crime or not, has widened its reach, allowing writers to focus on historical characters once considered marginal. Many of those characters, sometimes fictional themselves, are unique. As long as the history surrounding them is accurate and credible, it makes for fascinating reading. Still others use history and characters to elicit parallels to the present, both the strengths and the failings. And thriller authors have used historical settings for decades to describe heroic deeds.

Choose Your Conflict Carefully
Conflict is the root of every story, even if it’s just a character who wants a glass of water and can’t get it. That applies to historical novels, too.

When I’m conceptualizing a historical novel, I look for the underlying conflict as my premise. In fact, I look for intense, multi-layered conflict. That’s why I focus on revolutions, wars, and other societal conflicts. Not so much because of the existential conflict, but because its effects on a country, a city, a neighborhood, a family, an individual, or all of the above.

The intense conflicts of the Cuban Revolution, the Islamic Revolution, World War Two, the late Sixties, and now the Vietnam War (A Bend in the River) turns some characters into heroes, others into cowards. Intense conflict can lead to violent change and devastating consequences, or in some cases, freedom and justice. I love to imagine the repercussions of such conflict, the people who are affected by them, and how they do or don’t cope with them.

Not all of us are Ken Follett, who seamlessly writes about any historical period he wants. Choosing the period of history, you want to focus on affects the story in a multitude of ways. The language, tone, lifestyle, characters’ behavior, and plot development must be accurate and relevant to the time. I’m drawn to recent history, basically the past hundred years.

As a former video producer and filmmaker, I revel in and study visual materials in my research: photographs, videos, films, audio interviews, all of which proliferated during the past century.

What’s more, periods of intense conflict lend themselves to visual representations. My college thesis (surprise --I majored in history) was about visual propaganda during World War One. Posters about marauding Huns and proud young British soldiers filled my paper. More recently, for A Bitter Veil, I watched the speech Ayatollah Khomeini gave when he returned from Paris after the Shah was deposed. I didn’t understand a word, but his rising pitch and angry expressions coupled with the audience’s reaction was enough. (I read the transcript as well, of course.)

Let Research Drive Plot
Many authors believe that research is the most satisfying part of the writing process.

We can get lost in research.

My first step, once I’ve decided what era I’m writing about, is to read as much fiction and non-fiction That’s set in the era. I do so more to reassure myself that the era I’ve chosen is “doable”—that I can add something to the body of literature that’s already there. For example, I hesitated writing about World War Two. Yes, it was a period of intense conflict, perhaps the last time we had clarity on who were heroes and who were enemies.

But what could I possibly add to the body of literature that already exists? It wasn’t until I discovered there were German POW camps in most of the states that I realized I could use one to fashion a novella for War, Spies and Bobby Sox. Similarly, I was in Vietnam touring the Cu Chi Tunnels, which connect to the Ho Chi Minh trail, a major North Vietnamese supply route during the Vietnam war, when I realized how the tunnels could be a major part of my story.

Which is why I believe that research drives plot. It’s hugely satisfying to weave actual bits of history into the plot, and I look for opportunities to do that with through my research. In many cases, this makes plotting a historical novel easier. Making the high points of my research “personal” can reveal character as well as drive plot.

Look for Surprises
Finally, I often find unexpected historical surprises that capture my imagination in ways I never expected. For example, in the excellent reference book, Vietnam, A History, author Stanley Karnow interviews a female doctor, who, during the war was an insider with the Diem administration. At the same time, she was a committed Communist, and spied for the North. The idea of a female double agent fascinated me, so I created a similar character who has a huge influence on one of my protagonists.

Another surprise was the fact that the Americans used German shepherds to sniff out Viet Cong and North Vietnamese soldiers in the Cu Chi Tunnels. It worked for a while but then didn’t. Why? The GIs smelled like American soap. The Vietnamese, not so much. When the Vietnamese realized this, they started using American soap to trick the dogs. It worked. The dogs, scenting familiar American odors, no longer raised an alarm.

Finally, I learned, again through research, how the Viet Cong, despite being vastly under supplied compared to American forces, devised booby traps that could kill or seriously maim anyone who stepped or bumped into them. Many of the weapons used in these traps were sharpened bamboo spears smeared with feces to spur infection, spikes, wires, and grenades. The Viet Cong recognized the signs of a nearby trap; Americans didn’t, and they paid a price. That, too, made its way into my book, and as the title of this article indicates, I now know the signs.

I hope these tips help you frame an accurate historical crime novel that’s unique—not only for the period—but also for readers. Historical thrillers and historical crime, like its present-day sibling, offers us plenty of lessons.