(Mystery Scene concludes its three-part series on virtual book tours with a look at Noir at the Bar. An overview of virtual tours was posted July 19; a list of tips for a successful tour was posted July 22.) 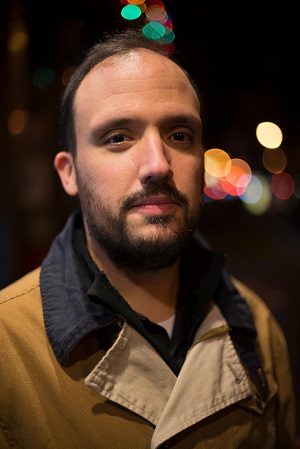 Noir at the Bar is just what it sounds like—a chance for writers to read their works aloud at bars before an audience of readers and other writers. Sometimes, a bit too much bar enters into the readings, by the authors or among the audience. But most of the time, the readings are a sober moment—it’s after each reading that an author may indulge.

Noir at the Bar began around 2008 and since then dozens and dozens of these have popped up around the country, sometimes associated with a mystery conference, sometimes organized because authors wanted to get together.

But most bars across the country had to close because of the pandemic, threatening to halt all Noirs. But creativity, community and the need to connect readers and authors won out.

The credit to take Noir at the Bar—often referred to as N@B—virtual goes to author Alex Segura, left. “It would have happened with or without me—I just happened to be the first! It was just a matter of finding the right platform, willing writers, and a bookstore. That's the recipe for a successful virtual N@B,” said Segura, whose latest novel is the Anthony-nominated Miami Midnight (Polis Books).

Ed Aymar, below left, gives Segura full recognition for boosting N@B to another platform. “I’d absolutely love to take credit for it, but Alex Segura came up with the idea. His first event—representing Queens [N.Y.] and in support of Kew and Willow Books with hundreds of viewers—inspired this entire endeavor. Now we have virtual events in New England and Richmond and the Midwest and internationally, and all of that came from Alex’s initiative,” said Aymar, whose latest novel The Unrepentant (Down and Out Books), written under the name E.A. Aymar, was nominated for a 2019 Anthony Award for Best Paperback Original.

Restarting N@B was a thoughtful decision by Segura. “When the pandemic hit, everyone was caught off guard and everything felt turned upside down. One of the areas hardest hit, beyond the infected and our healthcare infrastructure, were small businesses—especially indie bookstores—due to government-mandated closures. [No one was] able to gather at your local indie store to do readings and promote someone's work. I wanted to find a way to capture that live energy and get some sales going for Kew & Willow Books, our local Queens indie bookstore where we'd normally host the live events,” said Segura.

“The greatest benefit is the chance to help bookstores and other writers. At the early stages of the pandemic, I was inspired by people making masks, delivering food, donating large amounts of cash—really, the community efforts that captured the best of people. But I can’t sew, cook, and I’m pretty broke, so those weren’t options for me. All I know how to do is write, and these events are a good way for me to help,” added Aymar, whose novel They’re Gone comes out in November under the pseudonym E.A. Barres. 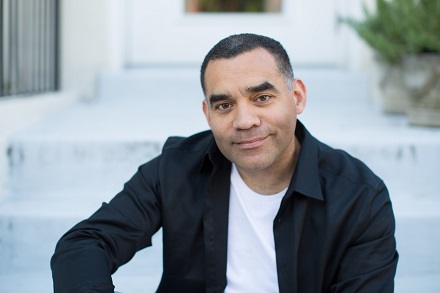 That first virtual N@B came together pretty quickly, inspired by Segura attending a virtual Murder and Mayhem in Chicago, that was hosted by Lori Rader-Day and Dana Kaye. There, Segura was introduced to the Crowdcast platform “which allowed for easy, direct linking to stores and for a reasonable fee, the ability to host upward of 300 people,” said Segura, who got in touch with a bookstore and organized some writers for first virtual Noir at the Bar.

“It went over well enough that we've done a handful since then, and a number of other ones have cropped up—most notably in D.C. and the New England area, courtesy of E.A. Aymar and Edwin Hill, respectively. While they can't replace the direct contact of a live event, the virtual events have managed to draw in bigger crowds and give people a much-needed sense of community during these really challenging times,” Segura added.

“Well enough” is an understatement. That first event had close to 400 people attending, said Segura. Since then, the numbers have hovered around 150 to 300, “depending on the readers and promotion. But the thing to consider is, if these were live, we'd only be able to fit 40 people in the bookstore—maybe a dozen more. So the reach is much greater, with the hope being that all the attendees are buying books from the store, too,” Segura added.

Aymar has been running D.C.’s N@B in-person reading series for years at the bar the [N.Y.] Wonderland Ballroom. “And we almost always had a terrific turnout, standing-room only. That works out to anywhere from 50 to 70 people, and that’s terrific for a reading.” said Aymar.

“Conversely, these virtual events have never had less than 100 attendees, and once I had over 300. I did these virtual events weekly for about a month and a half (May and June), and we had regulars who attended, commented frequently, and really provided a sense of warmth and humor. It filled something that the pandemic had taken from us, and in that sense, it’s the best writers’ event I’ve had the fortune to be a part of,” added Aymar. 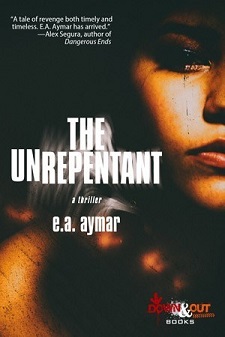 N@B usually use the platform Crowdcast, as opposed to Zoom. “Crowdcast is, in many ways, better suited to events like these—the event host has more control, there’s less chance of trolls ‘bombing’ an event, and Crowdcast offers easy ways to contact participants before and after,” said Aymar.

And that translates to book sales. “Based on my conversations with the store, yes—people are buying, and Crowdcast makes it remarkably easy. There's literally a giant green button that takes you to a page the bookstore creates spotlighting each of the readers' books,” said Segura.

Still, as Aymar said, “software is software, and there’s always the chance it will malfunction. I’ve had seven of these events so far, and only one where the malfunction was disastrous—it was a weekend where a number of events on the platform failed. But even if the fault lies with the software, the responsibility goes to the host, and you absolutely have to be nimble and able to adjust on the fly.”

But, attendees can be forgiving of glitches. “Technology is never perfect, and you're bound to deal with one glitch each event. Whether it's someone's video not working or your own computer crashing. But the readers and attendees tend to be so excited to just be in the moment that they forgive stuff like that. The key is to remain flexible, easygoing and self-deprecating,” said Segura.

“This area is spoiled by the number of bookstores we have; we also have a staggering amount of fantastic crime fiction writers. I normally host my in-person Noir at the Bars twice a year, which means putting just under 20 writers on stage. With these seven events, I’ve featured more than 70 writers, and most of them write crime fiction. It’s been wonderful to show readers, locally and nationally, the strength and variety of writing that the D/M/V [D.C., Maryland and Virginia] is producing,” said Aymar.

“In addition to bookstores being hurt by the pandemic, writers have suffered similar setbacks. Every event I’ve had includes a writer with an interrupted or cancelled book tour, and they’re more worried than ever about the sales of their work. It’s nice to give those writers a platform, and I think that’s something appreciated by both writers and readers,” Aymar added.

While the clinking of glasses, the orders for another round or rowdiness from authors and readers may be absent, a virtual N@B brings a new kind of happy hour. 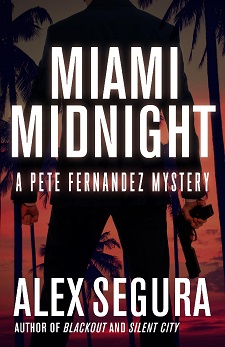 “Writers’ events, somewhat surprisingly, work really well online. That’s opposed to other events, like sports and music, which are so heavily dependent on audience interactions. The energy from an interview or reading stems from the writer and host, and that energy is easily felt online,” added Aymar.

Both authors also try to make each N@B feature a large swath of authors. “We've had a wide variety of readers—and that's really important to me, to not just focus on the big names or the hot rising stars. I like a diverse slate, whether it's diversity in the traditional sense or diversity in terms of what people write,” said Segura.

“No one wants to sit through 12 men who look the same reading the same kind of thing. The crime fiction genre covers so much, and can transport you to different times, places and situations - I want authors who reflect that and really showcase the variety of crime fiction. That's what I look for when setting these up,” added Segura.

And that applies to no longer being limited by geography. “I can invite pretty much anyone in the U.S. to read at a New York event, which wasn't possible before. We routinely have readers from around the country at the Queens events, and it gives them a great all-star feeling,” said Segura.

And N@B also adds an extra element that many virtual book tours don’t include—song and spirits. “One of the things I do for my events is involve a singer and a mixologist. Sara Jones is a local jazz sensation, and she happily agreed to provide a musical interlude between readings. And Chantal Tseng is one of D.C.’s best mixologists and a voracious reader, and she creates custom cocktails inspired by books. Sara and Chantal add a different, welcome element to these readings, and both have become fast fan favorites,” said Aymar.

The feedback was immediate. “I’m still moved by an e-mail I received after an event, expressing how much the viewer enjoyed it, and how much, in particular, they loved Sara’s music. The reader wrote that she hadn’t heard live music for months now, and hearing it again brought her to tears. That’s a lovely sentiment, and expressed something I hadn’t realized I was also missing,” said Aymar.

“There’s a genuine sense of pleasure in seeing people do what they do best. There’s an awe that overtakes the viewers when a writer tells a taut, engaging story, or when Sara sings, or when Chantal puts together a cocktail with mathematical precision,” Aymar added.

And N@B also has brought both authors closer to the mystery community. “I've learned the crime fiction community is durable—and eager to stay together. I feel closer to a lot of people and authors than I did before, because we've all really come together to stay in touch and engaged through these virtual events. It's a testament to the genre,” added Segura.