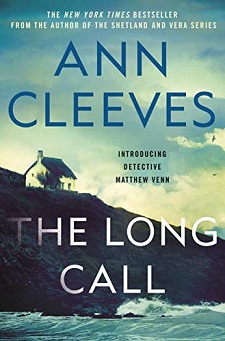 The Agatha Awards are presented annually during the Malice Domestic convention and are to honor books and stories first published in the United States during the previous calendar year (January 1-December 31, 2019), either in hardcover, as a paperback original, or as an e-book by an e-publishing firm, according to the website.

But of course, 2020 has forced the conference organizers to have to reevaluate Malice Domestic and, eventually, canceling the conference.

The cancellation was, of course, the right thing to do.

But the authors and their books nominated for an Agatha still must be honored.

The Agatha were announced via Zoom on the evening of May 2, 2020, the same night the awards banquet would have been held.

The Agatha Awards honor the Traditional Mystery, books typified by the works of Agatha Christie. For our purposes, the genre is loosely defined as mysteries that contain no explicit sex, excessive gore or gratuitous violence, and are not classified as "hard-boiled."

Mystery Scene congratulates the nominees and the winners. We hope next year the awards can be presented live. Authors honored this year also will be honored during the 2021 Malice.

The Agatha Award winners are in bold with a ** in front of the name.