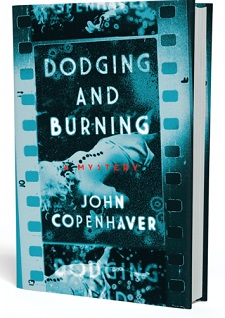 Several years ago, I wrote a feature about gay sleuths for the Sun Sentinel, the newspaper for which I worked for 29 years.

And this being Pride Month, it’s the perfect time to read these novels.

George Baxt—Baxt apparently had the first openly gay male detective to be published by a major publisher, a character named Pharoah Love, who appeared in A Queer Kind of Death in 1966. After a string of novels, Love disappeared until he was brought back in 1994's A Queer Kind of Love after a 26-year hiatus. The Love series never really caught on. Baxt found more success writing historical mysteries involving celebrities or movie stars of the ’30s to ’50s.

John Copenhaver—his novel Dodging and Burning was one of the top debuts during 2018. A riveting look at life for gay men and lesbians during America’s post-WWII era, set in a small Virginia town and in the military. It is as much a coming-of-age story as it is a coming-out tale. Dodging and Burning has been nominated for four best first novel awards: the Anthony, the Strand Critics Award, the Lambda, and the Barry Award.

Robert W. Fieseler—chronicles a fire in a New Orleans gay bar that killed 32 people and its impact on the gay community in Tinderbox: The Untold Story of the Up Stairs Lounge Fire and the Rise of Gay Liberation, which won the 2019 Edgar Award for best fact crime and Lambda Literary's Judith A. Markowitz Award for Emerging LGBTQ Writers. It also was named a Best Book of the Year by Kirkus Reviews, Library Journal and Shelf Awareness. 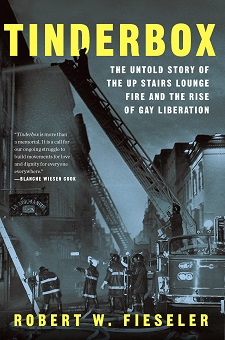 Joseph Hansen—remains a touchstone in gay mysteries. His series about Dave Brandstetter debuted with Fadeout in 1970. A low-key insurance investigator, Brandstetter was a likable character who approached his work in a professional manner and had relationships with men. Before his last appearance in 1991's A Country of Old Men, Brandstetter had attracted a large cross-section of readers.

Ellen Hart—her traditional mysteries about lesbian restaurateur Jane Lawless and her smart-mouth best friend, Cordelia Thorn began in 1989. Her 30 years of involving stories has earned her myriad awards. She was named a Grand Master by the Mystery Writers of America in 2017.She will receive the Lifetime Achievement award from Malice Domestic during the 2020 convention.

Greg Herren—the prolific Herren has written multiple series, including the Scotty Bradley and the Chanse MacLeod novels set in his hometown of New Orleans and was the editor of the award-winning short story anthology Florida Happens: Tales of Mystery, Mayhem, and Suspense from the Sunshine State.

Val McDermid—launched her career with novels about journalist and Socialist Lindsay Gordon.

Michael Nava—his novels about attorney Henry Rios took on social issues while delivering solid plots and three-dimensional characters. Nava adapted the first Rios novel, Lay Your Sleeping Head, into an 18-episode podcast. Carved in Bone, the first new Rios novel is 20 years, will be published during the fall 2019.

Neil Plakcy—writes two series: Golden Retriever Mysteries about a man whose lifeline is his dog, and the The Mahu Investigations about a gay police detective who lives in Hawaii. 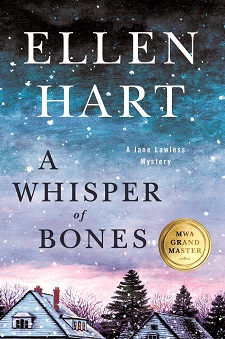 And here is a list of some novels, most of them courtesy Greg Herren:

A Queer Kind of Death by George Baxt

Dodging and Burning by John Copenhaver

Tinderbox: The Untold Story of the Up Stairs Lounge Fire and the Rise of Gay Liberation by Robert W. Fieseler (nonfiction) 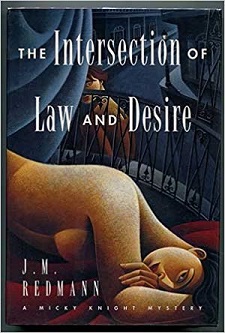 Murder at the Nightwood Bar by Katherine V. Forrest

The Gumshoe, the Witch, and the Virtual Corpse by Keith Hartman

The Talented Mr. Ripley/Carol/Strangers on a Train by Patricia Highsmith

Faked to Death by Dean James

The President's Son by Krandall Kraus

A Body to Dye For by Grant Michaels

The Gold Diggers by Paul Monette

The Lure by Felice Picano

Intersection of Law and Desire by J. M. Redmann

A Density of Souls by Christopher Rice

I'll Be Leaving You Always by Sandra Scoppettone

Murder in the Collective by Barbara Wilson

She Came by the Book by Mary Wings