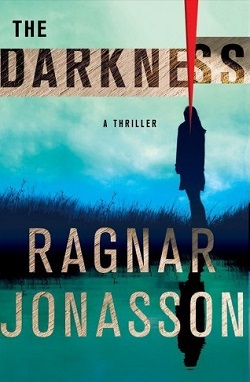 No matter which side you are on in the immigration issue—and this essay will, in no way, be political—America is a country of immigrants.

And mystery fiction has often explored the issue of immigrants through stories about newly arrived foreigners, anxious to make the United States their home, to those who are undocumented. America isn’t the only country that also has immigration issues.

Here are some mysteries that include immigrants in their plots.

The Darkness, by Ragnar Jonasson. Days from retirement, Reykjavík Det. Insp. Hulda Hermannsdóttir investigates the death of a young Russian woman who was seeking asylum in Iceland.

The Given Day, by Dennis Lehane. The first in Lehane’s sprawling epic trilogy about the Coughlin family also is about the American experience. Cops and gangsters as well as white and black families fuel the three novels that begin in Boston, move to Tampa and, finally Cuba.

Hunters in the Dark, by Lawrence Osborn. A young Englishman loses himself in Cambodia and Thailand to escape his life as a small-town teacher.

The Sympathizer, by Viet Thanh Nguyen. The anonymous narrator was a North Vietnamese mole in the South Vietnamese army who embeds himself in the exiled South Vietnamese community in the United States. Won the 2016 Edgar Award for best first novel.

Bad Country, by C.B. McKenzie. Arizona bounty hunter and private detective Rodeo Grace Garnet is hired by an elderly Indian woman whose grandson was murdered. The evocative setting is filled with a rough landscape where undocumented immigrants are crossing the Sonoran Desert. Nominated in 2015 for an Edgar Award for best first novel.

Broken Windows, by Paul D. Marks. A sequel to the Shamus-winning White Heat, Broken Windows is set in 1994 during California's Proposition 187, which was an anti-illegal alien initiative. Marks shows how the immigration issue hasn’t changed.

The Foreigner, by Francie Lin. A Taiwanese American financial analyst travels from San Francisco to Taipei to scatter his mother's ashes and re-establish contact with his brother, who inherited the family hotel and is involved with the Taiwanese criminal underworld. Won the 2009 Edgar Award for best first novel.

Asylum City, by Liad Shoham. A look at the immigration policies in Tel Aviv, a destination for asylum seekers from Africa.

The Jasmine Trade by Denise Hamilton. L.A. reporter Eve Diamond follows a story about the “jasmine trade" in which girls are smuggled from Chinese provinces and forced into prostitution.

The Ghost of Christmas Past, by Rhys Bowen. The latest in Bowen’s series about Mary Murphy who leaves Ireland to settle in America.