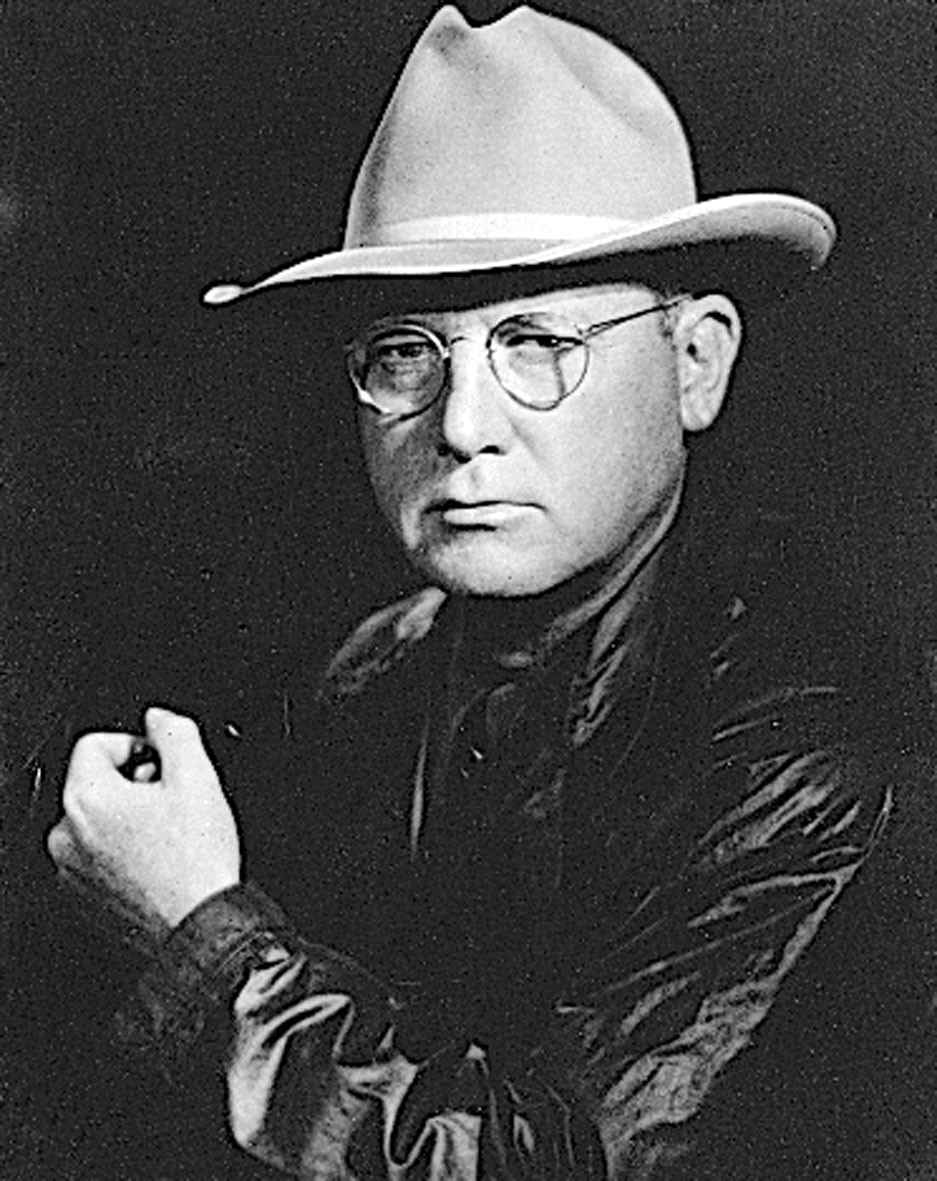 Now that Robert Downey Jr. and HBO are prepping a new cable take on Erle Stanley Gardner’s iconic Perry Mason, this may be a good time to consider the famous defense attorney’s many and various appearances other than between book covers. The author, who was a member of the bar, began his long literary career by writing for the pulps under his own name and an assortment of pseudonyms, setting a goal for himself of 1,200,000 words a year. His first novel to feature Mason was 1933’s The Case of the Velvet Claws. The lawyer’s last hardcover courtroom appearance was The Case of the Burning Bequest in 1990, one of several books written by Thomas Chastain after Gardner’s death in 1970. Unlike the long-running CBS TV series, the novels, particularly the earlier ones, are hardboiled and, no surprise, much more complex. They also point up the fact that, as excellent a storyteller as Gardner was, sometimes his word-count mentality drove him to include detailed descriptions of mundane activities—the lighting of a match and applying it to a cigarette, for example—usually glossed over by contemporary fictioneers.

The first audio versions of the novels were circa 1988, a typical example being cassettes of an abridged The Case of the Beautiful Beggar from the long-ago departed Dove Books, read energetically by actor Perry King. In 1991, Durkin Hayes Publishing continued the abridged cassette line with such titles as The Case of the Sulky Girl and The Case of the Reluctant Model, read by a growly voiced William Hootkins. Currently, Brilliance has begun issuing unabridged audios of the novels at a brisk pace (most in mp3 format at $14.99). These are read by actor Alexander Cendese, whose fast, hardboiled delivery has an intensity that requires a little getting used to. Nonetheless, it’s a fairly accurate portrayal of the tough, corner-cutting legal eagle as Gardner created him. A couple of titles considered the author’s best are available—The Case of the Drowning Duck and The Case of the Lame Canary—with more to come. Brilliance, in conjunction with the Colonial Radio Theatre, released an assortment of adapted dramatizations of several of the books in 2011. The cases of The Curious Bride, The Sulky Girl, The Howling Dog, et al., are available from Audible.

Warren William, the go-to guy for literary sleuths, played The Lone Wolf, Philo Vance, a renamed Sam Spade in 1936’s almost unrecognizable Maltese Falcon adaptation, Satan Met a Lady, and Perry Mason. The series got off to a good start with The Case of the Howling Dog in 1934, followed by The Case of the Curious Bride and The Case of the Lucky Legs in 1935. The last of William’s Mason portrayals was in 1936’s The Case of the Velvet Claws, a somewhat inferior entry in which the big surprise is Perry’s marriage to Della Street. Later that year, the series resumed with Perry and Della back in their single-o state and Ricardo Cortez (the first actor to play Sam Spade in 1931’s The Maltese Falcon) in The Case of the Black Cat, an adaptation of The Case of the Caretaker’s Cat. Gardner was lukewarm on William’s interpretation of his famous character, but he supposedly was so dismayed by Cortez’s casting that he demanded the actor be replaced, which he was, by Donald Woods in Mason’s last theatrical appearance, The Case of the Stuttering Bishop (1937). The William-starring movies are breezy fun and they and the others are available in a Perry Mason: The Original Warner Bros. Movies Collection (Warner Bros., $34.99). (If you search for Perry Mason movie titles on Amazon.com, you’ll pull up the 1940 flick Granny Get Your Gun, a Mason-less adaptation of Gardner’s The Case of the Dangerous Dowager starring elderly thespian Harry Davenport as lawyer Nathaniel Paulson. Not included in the movies box set.)

In 1943, the Perry Mason show began airing in 15-minute segments weekdays on the CBS network. Labeled a radio crime serial, it was actually a soap-opera whodunit, and one with enough appeal to stay on the air until 1955. Mason was played, predominantly, by John Larkin, though Santos Ortega, Bartlett Robinson, and Donald Briggs also gave voice to the lawyer at various times. It’s worth noting that CBS and Procter & Gamble wanted to continue the program as a daytime television serial. When Gardner declined (supposedly because P & G insisted on a continuing love interest for Perry), the network went ahead with the show, minus Mason and the author’s other characters, and thus was born the long-running soap The Edge of Night, penned by Mason’s radio scriptwriter Irving Vendig, with Larkin in the lead. Many of the Mason radio shows are available on YouTube.

Almost as soon as Gardner withdrew from The Edge of Night project, he agreed to a prime-time series on CBS, but demanded it meet with his personal approval. Though most of the involved parties preferred other actors for the leading role, the author insisted on Raymond Burr, whose screen tests for Mason (along with William Hopper’s) on You Tube will probably have you agreeing with the choice. The first show, an adaptation of the novel The Case of the Restless Redhead, debuted on September 21, 1957. With Barbara Hale as Mason’s assistant Della Street, Hopper as PI Paul Drake, William Talman as DA Hamilton Burger, and Ray Collins as Lt. Tragg, the series was so popular it continued for nine seasons, ending with an original episode, The Case of the Final Fadeout, on May 22, 1966. That title would, of course, be a bit premature. In 1973, The New Perry Mason, starring a miscast Monte Markham, barely made it through 15 episodes. (Some intros from the Markham shows are on YouTube.) In 1985, Burr once again assumed the role in an NBC TV feature film, Perry Mason Returns. Also returning was Barbara Hale as Della, with her son, William Katt, as Paul Drake Jr. Burr continued being the personification of Mason for 25 more TV movies before his death in 1993. All of the Burr-Mason episodes and movies are available in Paramount DVD box-sets (The Complete Series, $113.81; The Complete Movie Collection, $22.99). My personal preference is for the hour-long episodes from the original series that were adapted from the novels, usually by top writers like Sterling Silliphant, Gene Wang and Robert C. Dennis. The Season 1 boxes consist mainly of adaptations (Season 1, Vol. 1, $14.99, Season 1, Vol. 2, $11.69). 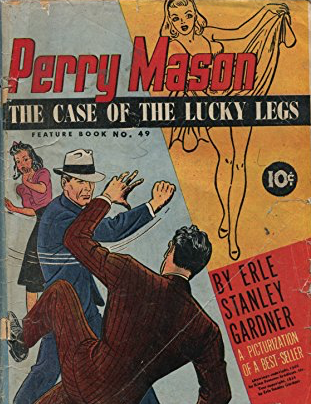 It may come as a surprise to many of Perry Mason’s fans that the attorney has appeared in the comic pages. He made his debut in 1946 with, to use a euphuism of today, a graphic novel version of Gardner’s The Case of the Lucky Legs, followed in 1947 by The Case of the Shoplifter’s Shoe (Feature Books). A Mason daily newspaper strip begun in 1950, consisting of original stories, seems to have been at least co-written by Gardner himself. It was initially drawn by Mel Keefer, who completed The Case of the Innocent Thief and part of The Case of the Nervous Horse before being replaced by Charles Lofgren. The latter continued through The Case of the Missing Husband, The Case of the Constant Cricket, and three more stories until the courtroom doors closed after The Case of the Curious Cop. A trade paperback, Four Cases of Murder Starring Perry Mason, edited by Tom Mason, was published in 1989 (Malibu Graphics). It included the initial quartet of strip stories. In 1964, Dell Comics published two issues of Perry Mason Mystery Magazine. Obviously tied to the success of the TV series, with Burr as cover boy, the contents were original stories. As best I can tell, none of these is easily obtained, Feature Books and Malibu Graphics being among the victims of the past. However, samples of the strips, including a soupçon of a Mad magazine parody of the TV show, are as near as your internet search engine under “Perry Mason comic strip.”

For more information on Gardner, Perry, and the TV series, try: The Perry Mason TV Show Book by Brian Kelleher and Diana Merrill; Erle Stanley Gardner: The Case of the Real Perry Mason by Dorothy B. Hughes; the “Perry Mason” pages on the Thrilling Detective web site.

Dick Lochte is a well-known literary and drama critic and contributes the “Sounds of Suspense” audiobook review column to Mystery Scene. He received the 2003 Ellen Nehr Award for Excellence in Mystery Reviewing. His prize-winning Sleeping Dog and its sequel, Laughing Dog, are available from Brash Books. His Blue Bayou and The Neon Smile are available from Perfect Crime Books.

MysteryScene RT @PiercyRohase: Is this what writers of #CrimeFiction have for lunch? 🤔🤣 https://t.co/AWVUh6PLmM
22h • reply • retweet • favorite