Ok, So Michael Koryta Is Young
Oline Cogdill
A few months ago, I was at a book signing for Robert Crais.

The audience was fairly mixed with men and woman, of all ages; fans who had come to hear Crais talk about Elvis Cole, Joe Pike and his latest novel, The First Rule.

But during the question and answer session, a man in his mid-thirties made a comment that almost got him thrown out of the bookstore.

“I didn’t expect to see all these old people here,” said the man who was clearly a fan. “I thought it would be more people my age and more guys. I always thought you wrote young.”

Crais does write young. And Elvis and Joe do appeal to a young audience. They also appeal to a middle-aged audience, retirees and, well, just about anyone who can read.

I bring up this age issue because it is a factor in the cover profile of Michael Koryta in the latest Mystery Scene, No. 115. Kevin Burton Smith captures Koryta so well. 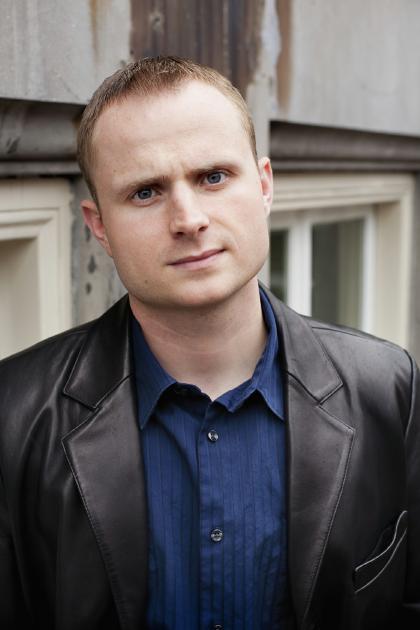 At age 27, Koryta is among the youngest of crime fiction authors. That he started his career at age 21 with the excellent Tonight I Said Goodbye is pretty amazing.

But more importantly, he is an excellent writer. And the only reason his age should made a difference or even be a factor is it means that readers will have more years of enjoyment from his novels.

We’ve already had a good taste of Koryta’s talent. His stand-alone novel Envy the Night won the Los Angeles Times Book Prize. (Full disclosure, I was one of the judges that year.)

One of the constants about crime fiction is that age, sex, race, sexual orientation and locale matter little to readers.

What crime fiction readers care about – and all they should care about – is if the story grabs them, if the characters are believable, the action realistic or, if it’s not realistic, at least makes them want to go along for the ride.

Mystery readers are sophisticated and are willing to follow an author just about anywhere if the story is worth it.

Sure, Koryta is young.

But he isn’t the only author to start early and continue to write intriguing crime fiction.

Michael Connelly was 35 when Black Echo hit the stores, the same age as Dashiell Hammett when Red Harvest was published.

And Lawrence Block was just 23 when his first novel was published; by the time his first Matthew Scudder novel, The Sins of the Fathers, came in 1976, Block was 38 years old.