2018 Reissues Roundup: Some of the Best Books to Hit the Page (Again)
Ben Boulden

As readers, we have access to a staggering amount of content, if we’re willing to sully our eyes with the pulsating electronic words splattered across a smartphone’s screen. A condition I will endure in extreme circumstances. I’m cheap as the devil and when a physical copy of a book weighs against my daughter’s education or my mortgage, those ramen noodle-priced ebooks are tempting. But when there is a choice between a cheap and already obsolete ebook or a reasonably priced paper book, the tangible version always wins. So I’m happy when a publisher takes the financial risk and publishes a classic mystery novel, no matter the subgenre, in paper and ink. Amazingly there are still a bunch of those classics hitting print every year from publishers both large and small.

In a haphazard manner, and knowingly leaving many great books out, here are a few titles that reappeared on bookstore shelves this past year. 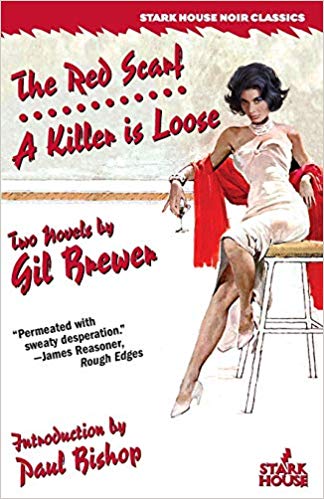 Stark House Press has made its reputation by republishing vintage crime novels from the 1950s, '60s, and '70s. Some of the best writers from the paperback era have graced Stark House’s covers: Harry Whittington, David Goodis, Dan J. Marlowe, Lionel White, Day Keene, and the list goes on and on.

In 2018, Stark House published 18 reprints; each book is a double and every so often a triple, which means they include two or three novels. Its titles were impressive enough that I asked Greg Shepard, Stark House’s publisher, what I should read. His favorites “are probably” The Red Scarf / A Killer is Loose, by Gil Brewer ($19.95), Hostage for a Hood / The Merriweather File, by Lionel White ($19.95), and Portrait in Smoke / The Longest Second, by Bill S. Ballinger ($19.95).

I followed Mr. Shepard’s advice and read Gil Brewer’s The Red Scarf. Originally published by a small library imprint, Mystery House, in 1958, The Red Scarf has gained a cult-like status from readers and critics alike. The dark tale of St. Petersburg, Florida, motel owner Roy Nichols, The Red Scarf is an imagining of what a desperate man—heavily in debt and with a history of disappointing everyone who loves him, especially his wife—will do when confronted with a cash-filled briefcase. A sum that would solve his financial problems: payoff his motel and provide a comfortable future for his family. In the best traditions of noir, Nichols’ plan is destined to fail and his every move is choreographed to ensure that failure. Desperate and paranoid, The Red Scarf is as brilliant as it is horrifying. The pacing is relentless, the action hard and believable. The stark narrative and terse, just-right dialogue, hounds the reader to devour Roy Nichols’ tale in a single sitting.

The best part, as the last page of The Red Scarf disappears, the first page of its companion story, A Killer is Loose beckons. 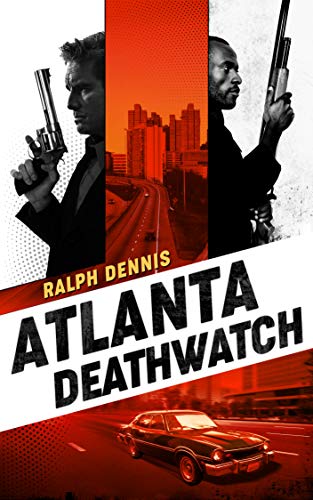 Brash Books has been quietly publishing original and reprinted crime novels over the past few years, and doing a very good job of it. In 2018, Brash began reprinting Ralph Dennis’ cult classic Hardman private eye novels. The Hardman books were published by Popular Library as paperback originals in the 1970s. The novels, all 12, were packaged as a men’s adventure series with poor and misleading cover art—explosions, karate fights, car chases—and each book was numbered: Hardman #1, #2, #3, etc. But the books were much better than their packaging indicated and have more in common with Robert B. Parker’s Spenser novels than with any straight men’s adventure series. Jim Hardman, an unlicensed PI and disgraced former Atlanta cop, has a hard-edged working class vibe, and Dennis’s portrayal of Atlanta, especially its race and gender relations, are, at times uncomfortable to a modern reader, but remain an important reminder of what things were like in the United States generally, and Atlanta particularly, during the 1970s. As Joe Lansdale writes in his Introduction to the series, “Dennis may not have made literature of Hardman, but he damn sure touched on it more than a time or two.”

In Atlanta Deathwatch ($16.99), the first entry in the series, Jim Hardman is hired by a wealthy man to follow his daughter, Emily Campbell. Hardman is ambushed by two hoods and warned off the girl with a thumping hard enough to make an impression and he quickly drops the the job. But when Emily is murdered, her boyfriend, a top level black mobster known as The Man, hires Hardman to find the killer. The trail leads to unexpected places; from Atlanta’s criminal underbelly to its leading citizens. There is everything one expects from a private eye novel: exceptional characterization, strong and vigorous prose, and a glimpse into a place and time that has long since disappeared. It also introduces Hardman’s partner, Hump Evans, a former professional football player and his series long and often complex relationship with his girlfriend, Marcy.

Hardman returns in The Charleston Knife is Back in Town (Brash Books, $16.99), with an elderly woman for a client and his best friend and partner, Hump Evans, as a victim. When Hump is invited to a high-flying party in one of Atlanta’s best neighborhoods he, and every other guest, is robbed at gunpoint. Unfortunately for the robbers, the guest list is a who’s-who of big-time gamblers and gangsters. The take is large enough, estimated at $200,000, that the local mafia wants to send a message to any other would-be robbers as much as it wants the money back. An out-of-town psycho, a short blond man who goes by the name The Charleston Knife, is brought to Atlanta to find and then messily and very publicly kill the robbers. Hardman’s client believes her grandson is involved with the robbery gang and she wants him back home and unharmed. The action is sharp, even more so than Atlanta Deathwatch, the dialogue is crisp and true to the ear, and the characterization, especially the relationship between Hardman and Hump, is expanded and perfected.

The first four Hardman novels were published during 2018, including the first two reviewed above and The Golden Girl and All ($16.99), and Pimp for the Dead ($16.99). When I asked Lee Goldberg, one of Brash Books’ publishers, if he had a favorite Hardman entry, he reluctantly pointed to The Golden Girl and All, and then hedged by saying, “It’s the series as a whole—Ralph’s great voice, the sense of place, the wonderful characters of Hardman and Hump, and Hardman’s relationship to Marcy—that really made an impact on me rather than an individual book.” 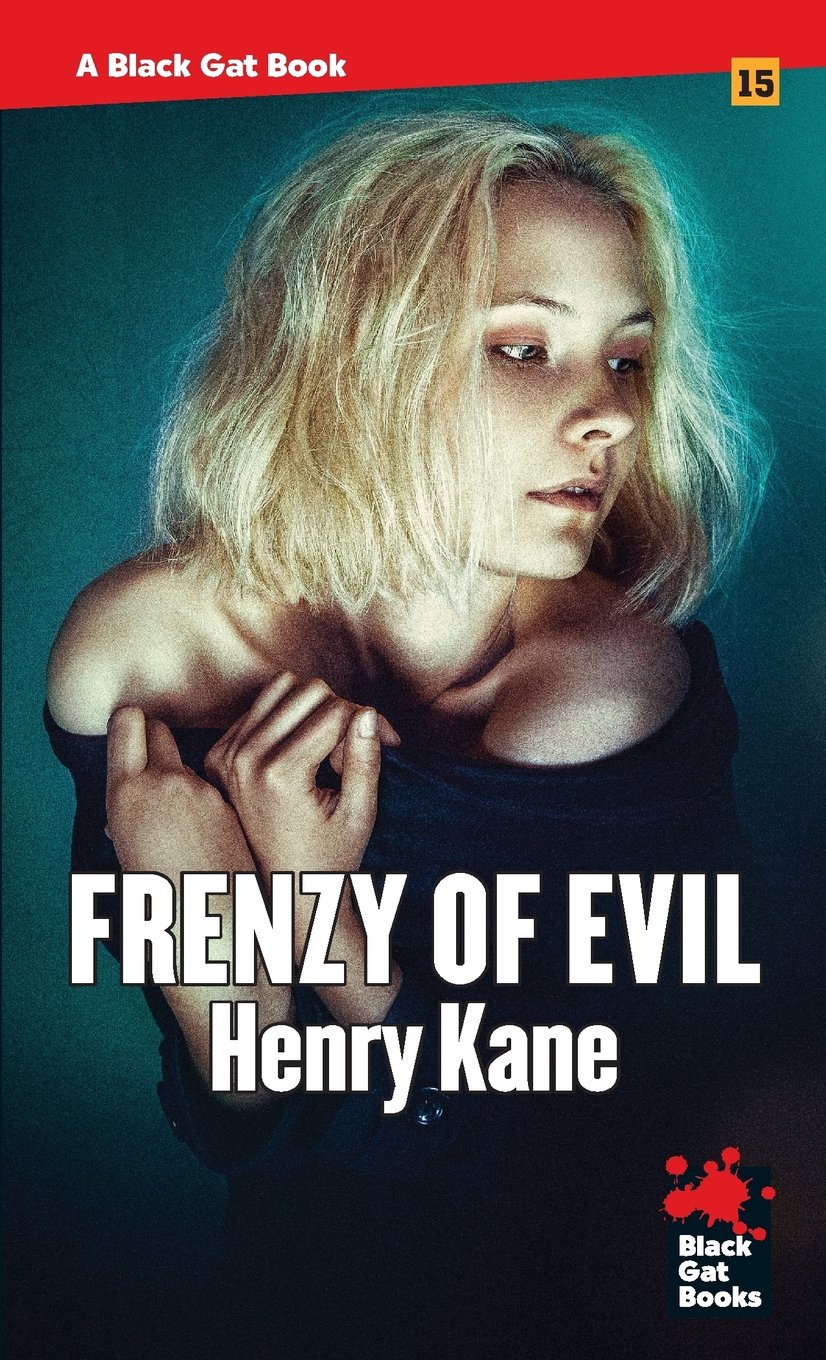 I took a chance on Henry Kane’s 1962 novel, Frenzy of Evil, and discovered a clever and bleak crime story. Jonathan Joseph Carson—Jonathon Joe to his friends—is a successful trial lawyer with a penchant for drink and women. At the tender age of 62, Jonathon Joe wed the very beautiful and very young Dolores Zamora. It's a marriage destined to reveal Jonathon Joe’s conniving and violent madness. When Dolores admits to a lover, Jonathon Joe promises, “Whoever he is, wherever he is, I will find him and I will kill him…” A promise Jonathon Joe intends to keep. But the wealthy crowd the Carsons socialize with have more than a few secrets and it doesn’t take much for everything to get knotted and torn.

Henry Kane is best remembered for his private eye Peter Chambers, but Frenzy of Evil, a standalone thriller, has a surprising intensity, built from what at first glance appears to be a rambling tale about wealth and privilege, that swirls into shimmering focus with an ending as perfect as any ending ever can be. A beautiful, raw, and suspenseful tale that every crime reader should enjoy. 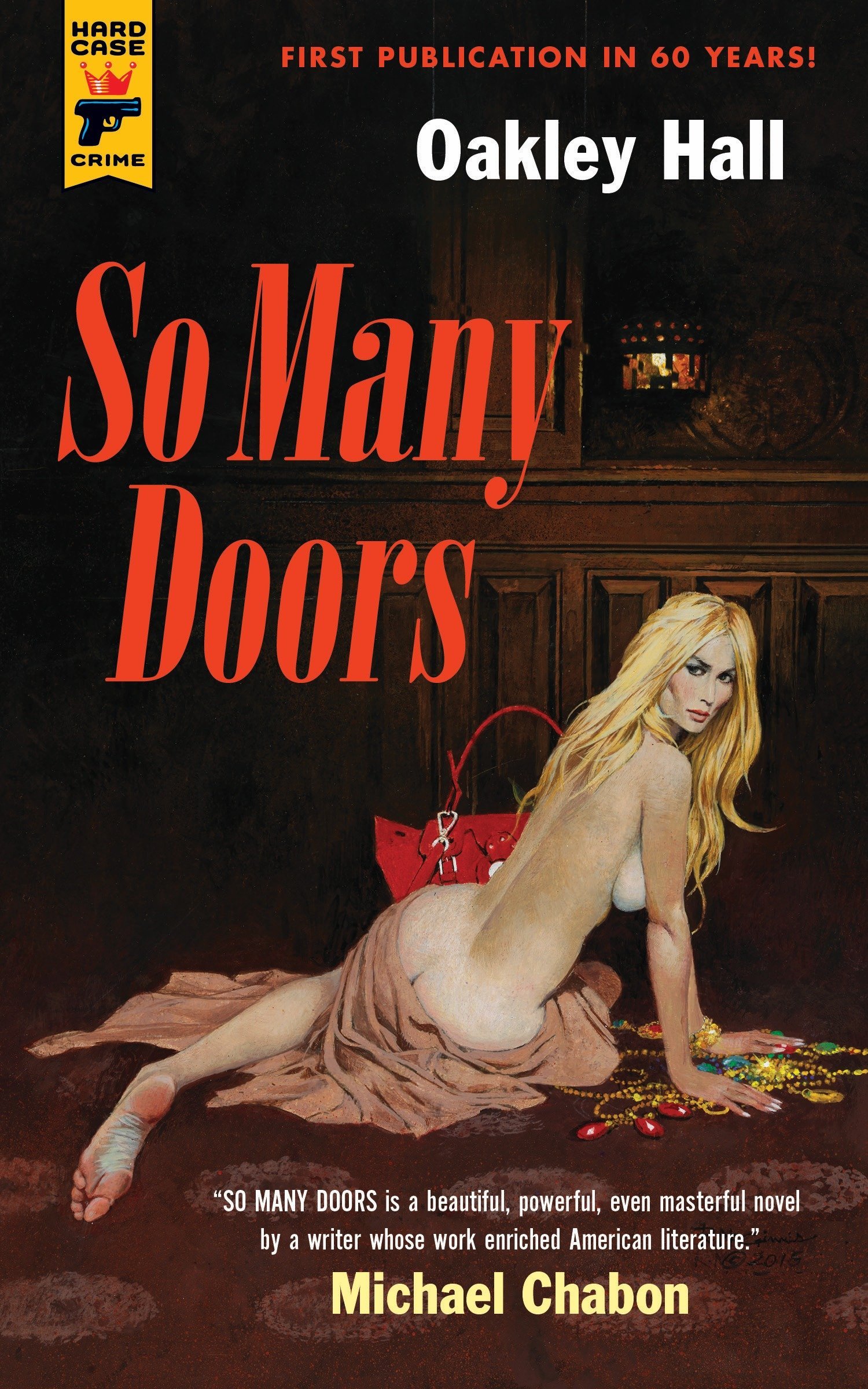 Hard Case Crime’s output has decreased over the years, but the quality of the titles it publishes is as high as ever. In 2018 HCC published four sturdy and time-tested reprints. Donald E. Westlake’s long out-of-print comedic crime story, Help I Am Being Held Prisoner ($9.95), was originally published in 1974. Its humor and suspense have withstood time’s corrosive powers, and it is as good today as it was in the way back.

Understudy for Death ($9.95) is a Florida noir by the master of the tradition, Charles Willeford. Originally published in 1961, it is as bleak as one would expect. Understudy is a must for Willeford’s fans, but readers new to his bleak Florida style may want to start elsewhere. Erle Stanley Gardner’s Bertha Cool and Donald Lam mystery, The Count of 9 ($9.95), originally published in 1959, is an entertaining romp with the two private eyes guarding a treasure, but it’s the distrust whirling around the characters, including trust issues between Cool and Lam, that make the story work. So Many Doors, by Oakley Hall, is a gem about a femme fatale and the distraction and destruction she causes wherever there are men. If you read only one HCC book from 2018, So Many Doors should be it. 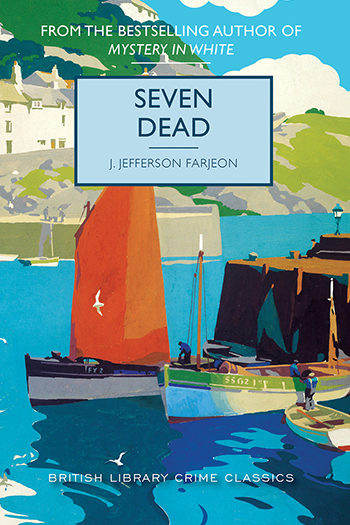 For those who enjoy their crime stories more traditional, Poisoned Pen Press continued its British Library Crime Classics series during 2018 with the publication of J. Jefferson Farjeon’s 1939 novel, Seven Dead ($12.95). When a pickpocket, Ted Lytle, diversifies into burglary he discovers a drawing room filled with the dead, five men and one woman. There is little evidence of the culprit, or even the cause of death. It takes Detective Inspector Kendall, in a straight manner, and yachtsman Thomas Hazelton, with a more creative approach to the mystery, to solve the case. Seven Dead’s hook is as good, and gruesome, as any traditional mystery I’ve read.

Richard Hull’s 1934 novel, The Murder of My Aunt ($12.95), is a marvelously comedic tale, of that most British kind of humor that is both black and wry, about an incompetent killer and his clever would-be victim, Aunt Mildred. The ending is never in doubt, but the journey from one attempt to the next is a breezy and fun escapade. Also published as part of the British Library Crime Classics series in 2018 are Weekend at Thrackley by Alan Melville ($12.95), Ellen Wilkinson’s The Division Bell Mystery ($12.95), The Arsenal Stadium Mystery by Leonard Gribble ($12.95), and many other excellent titles.

BEN BOULDEN lives in a suburb of Salt Lake City, in the shadows of the Wasatch Mountains. He is married with a daughter, a dog, a one-eyed cat, and a fish named Drink-Drink. He is the author of Blaze! Red Rock Rampage and the forthcoming Blaze! Spanish Gold. He writes the column “Short & Sweet: Short Stories Considered” for Mystery Scene Magazine and has written more than 300 reviews, articles, and essays. He blogs haphazardly at Gravetapping.