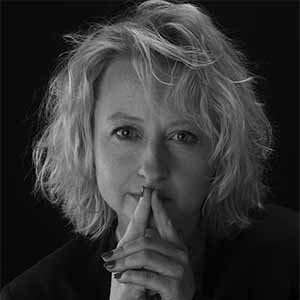 I was a 16-year-old college freshman taking every writing class on campus when I walked into Wendell Berry’s Imaginative Writing class. It was a sun-drenched day in Kentucky that required air conditioning and simple faith that fall was actually on the way and we could stop sweltering and carve pumpkins in just a few weeks. Berry was a god on the University of Kentucky campus, and since I knew everything back then, I went in wondering what all the fuss was about.

Berry is tall. He has presence—handsome, broad-shouldered, slim, and confident with fine brown hair and very blue eyes that held a smile behind the stern look he turned on our writing egos. I think it took all of eight minutes for me to realize this man was the real deal, and the best thing I could do was shut up and listen. I went out that day and bought The Memory of Old Jack, and then I knew how lucky I was to wander into that classroom.

The Memory of Old Jack begins with Jack Beechum on a small-town bench in Port Royal, Kentucky. Aching, tired, getting vague with age, and full of the memories of a life that spanned a marriage that was doomed to fail, a mistress who died in a fire, the birth of a child, the death of friends and family, and the struggle to build a farm and a life while the economy went to hell and the country went to war. 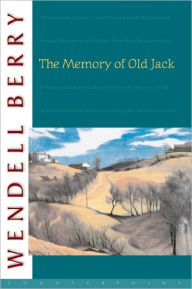 Berry’s novels take you to a place you want to go. Though they may unfold in a small town in Kentucky, make no mistake, these are the stories of each and every one of us, and how we yearn for safety, love, and the ties of family and community in a life of inevitable loss and occasional pleasure.

We engage with Jack’s dreams for his farm—what it is and what it can be. We take satisfaction when he works side by side with a team of horses, and we learn right with him how to be a careful steward of the land. There is as much pleasure when we see Jack come together with his family and neighbors to gather in a crop and settle to a table of fried chicken, fresh baked bread, and ice tea, as there is grief when Jack overreaches and almost loses the land and the home he loves. And when he comes in after a long day, exhausted and hungry, to a wife who is silent and accusing, blaming him for her own disappointments, we understand why he winds up in the arms of a woman who smiles when he walks in the door.

Berry is eloquent, wise, and a formidable talent, but he is most importantly a storyteller. We are the people who live in his books. And when we see Jack Beechum get back up and stay in the fight no matter how life brings him to his knees, then we know that we can do the same. And this I think is why we are compelled to read—because not only are we entertained, we know we are not alone.

Recently, Open Road Media has released the first-ever ebook editions of her Sonora Blair mystery series and the Elaki series of futuristic police procedurals, which begins with Alien Blues.

Hightower teaches at the UCLA Extension Writers' Program, where she was named Creative Writing Instructor of the Year in 2012. The author lives with her husband in Kentucky.