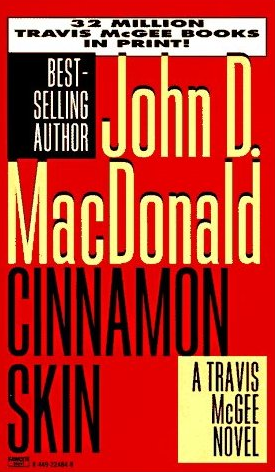 With so many mysteries published each year by large and small publishers as well as those self-published as ebooks, it’s difficult to keep up with the newest authors. That often means the classics by such masters as Sayers, Chandler, Hammett and Christie don’t receive the attention they deserve.

Much has changed in the genre since the Harvard educated MacDonald introduced Travis McGee in 1964’s The Deep Blue Goodbye. Mysteries have become more character-oriented and depict heroes—and heroines—as three-dimensional people. And of course, the private eye now is likely to be a woman as a man.

McGee’s self-described beach bum and salvage expert persona seems dated, as does his propensity for bedding a lot of women. After all, even James Bond has cut back on his affairs, even with the luscious Daniel Craig as 007.

But the more things change, the more they remain the same. And MacDonald and McGee are just as important and pertinent to today’s readers as they were a half-century ago.

The Deep Blue Goodbye launched themes that reverberate today, through the works of not just Florida writers but all mystery writers. Travis McGee cared very much about the environment, overdevelopment and the political infrastructure that punished the poor and made the wealthy richer. He cared very much about justice and protecting those who didn’t feel they had a voice.

He despised drugs and racial bigotry. He also appreciated and respected women, and that parade of bedmates was never used pruriently. McGee had little use for greed or corruption and he made that clear in novel after novel.

MacDonald already had written more than 40 novels when he launched the McGee series. You could even say he was one of the first authors to “brand” his work by using a different color for each of the 21 McGee novels.

During the next couple of years, the McGee novels as well as MacDonald’s other novels such as Cape Fear (originally The Executioners in 1958) and his 1977 best-seller Condominium. About three dozen of MacDonald’s lesser known work will be reissued as ebooks starting in June 2013.

It’s about time a new generation discovered MacDonald and his most famous creation McGee who lived on his boat anchored at Slip F18 at Bahia Mar marina in Fort Lauderdale.

Meanwhile, let me leave you with a couple of Travis McGee quotes that we have used in our Daily Miscellany:

“Integrity is not a conditional word.” —Travis McGee, The Turquoise Lament, 1973, by John D. MacDonald