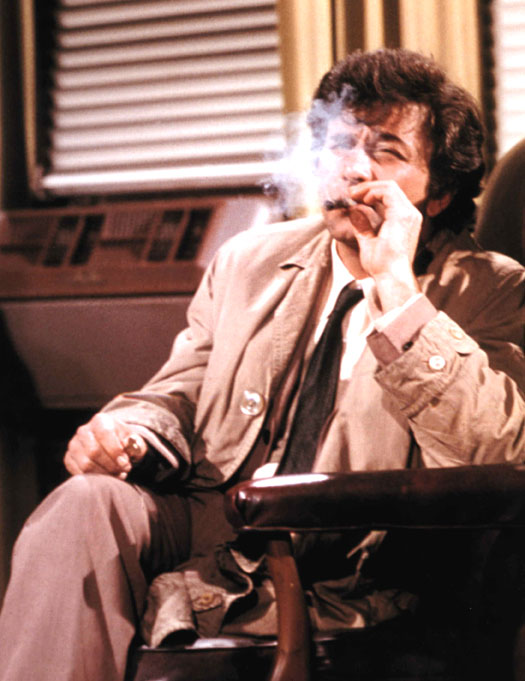 William Link revisits his most famous creation with a new short story collection.

Most detective characters who earn enduring fame in movies or on TV—from Sherlock Holmes to Inspector Morse, Sam Spade to Perry Mason—sprang from the pages of published fiction.

One notable exception is Lieutenant Columbo, the Los Angeles homicide detective brought to vivid life by actor Peter Falk in several years’ worth of television movies and series episodes. That cigar-chewing cop in the rumpled raincoat, with his tenacious insistence on asking “just one more question,”was the creation of the phenomenal writing—and (later) production—team of Richard Levinson and William Link, who first conjured him, away back in 1960, specifically for the TV screen.

But now, in the fullness of time, Columbo is reversing that usual page-to-screen journey, in a volume of original short stories, The Columbo Collection (Crippen & Landru), written by the character’s surviving creator, William Link.

It should come as no surprise, perhaps, that the good lieutenant, after all these years, seems right at home between bound covers. Columbo (no first name, please) was the brainchild of two lifelong friends from Philadelphia for whom mystery novels and short stories were as important in their formative years as were movies, radio, the theater, and comic books. 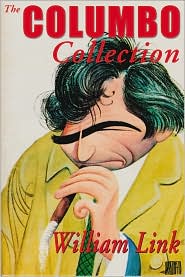 The short and skinny Mr. Link met the tall and skinny Mr. Levinson—both of whom also liked doing magic tricks—on their first day of junior high school. Almost at once, they formed a team and began pulling fictional rabbits out of hats. They sold their first story to Ellery Queen’s Mystery Magazine while still in college; they wrote theatrical shows at the University of Pennsylvania; and, after a spell at the Wharton School of Business, they partnered to become TV writers.

And while they set their sights on the small screen medium, their major influences were print authors.

“I’ll tell you the people I really loved,” Bill Link said recently, from his home in Los Angeles. “Georges Simenon: There was a man who knew character, through and through …I read over two hundred Simenons…John Dickson Carr: There was the cerebral mystery, we thought, at its best. He was great with clues; Dick and I learned how to formulate clues in things from John Dickson Carr. Ellery Queen was another favorite.… Erle Stanley Gardner: [his stories] were brilliantly constructed.… Oh there was a private eye detective, [written by] two guys—another team, [known as Wade Miller]…Dick and I loved them.

“That was the quartet, or more, of the ones that really inspired us, for mysteries.… Dick was not a big Simenon fan, I was; but it didn’t matter. Simenon was not great on construction, and we prized the people who could really put the story together—because we were both gifted with that.”

By the late 1950s, Levinson and Link were in Hollywood writing for Four Star Productions. And in 1960, they wrote an original script for The Chevy Mystery Show, a live-TV series broadcast that summer byNBC. “We beat out a script…about a murdering psychiatrist who kills his wife,”Bill Link recalls, “and a cop called Columbo starts a dance with him, of wits—because Columbo knows he killed the wife but he can’t prove it.” 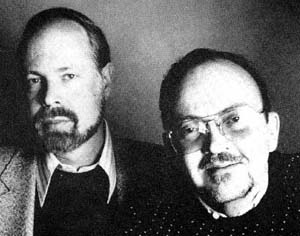 “Bernard Shaw once said, ‘There are some people so valuable and so important in your life that you only lose them with your death’… and I find in the case of Dick Levinson, that’s very, very true.”

Link and Levinson thought this script had Gail Harvey stage play potential and expanded it into Prescription: Murder,which a New York producer optioned for West and East Coast productions featuring character actor Thomas Mitchell as the dogged police lieutenant. The writers’ agent then sold the stage play to Universal Studios for adaptation by its authors into a two-hour TV-movie to air in 1968.

By then Thomas Mitchell had died, and the role of Columbo was blessed with the perfect casting of Peter Falk.

“We knew Peter, and we liked him,” Link says. “He was a very engaging guy, funny, very smart—and he wasn’t good-looking, because we didn’t want a good-looking cop. You know, he was a Joe Regular: He wasn’t ugly in any sense of the word, but he wasn’t handsome.”

Prescription: Murder was a number-one ratings hit, and three years later, a second Columbo movie was a similar success. In ’71, a series ensued, with every episode employing the device used from that very first 1960 play: the audience sees the crime committed, then watches as the detective pins the deed on the culprit.

“We admitted in a lot of interviews,” Bill Link says, “our template for Columbo was Petrovich, the detective-inspector in Crime and Punishment, Dostoevsky’s great novel; Dick and I both read it in college. And we were very open about that, but we added a lot of other things. And Falk, you know, gave it a whole new spin, because the cop in the Dostoevsky book was not humorous at all.”

There was something else unique about this protagonist. “I have a theory,” says Link, “…that in [this] one man, you have both Sherlock Holmes and Watson. There’s the intellectual, the very clever, great detective Sherlock Holmes; and then you have the Every man Watson. And those two are combined, with Falk as the character. He’s a regular Joe: He’s the kind of guy you sit down, have a drink, a cup of coffee with, he’s very open—but also, hidden behind that, is the computer brain for detection; and that’s the Holmes part of it.

“He’s the regular working-class guy—who’s got a brilliant mind but doesn’t really tout it, you know? He’s humble, even to the murderer! And people identify with that; they like that. And also, they like Peter, I mean let’s face it.”

Columbo was an international sensation, and Falk’s personification of the character became an iconic figure as far away as Romania. Levinson and Link created many other successful mystery series for television, from Mannix to Murder She Wrote—the New York Times once called them “the Mr. Rolls and the Mr. Royce of American television”—but their firstborn remained their best-known.

After Dick Levinson’s death in 1987, at 52, Bill Link continued writing in the short-story form he and his late partner had started with in their high school days. And in a lot of his tales, he cast Columbo as the hero. “I said: ‘Most popular character we ever created; why not?’”

In extending Lt. Columbo’s career through these short stories, Link is also prolonging happy associations with two of the people who’ve meant so much to him, both in life and in art.

“I think Dick sits on my shoulder all the time,” Link says. “I was with him, you know, forty-three years; we saw each other more than we saw our wives. It was unbelievable.… We grew up and formulated what we thought about life and what we thought about this world, together.… Bernard Shaw once said, ‘There are some people so valuable and so important in your life that you only lose them with your death'...and I find in the case of Dick Levinson, that’s very, very true.”

May Levinson, and Link, and Falk, and Columbo yet be with us all for a good long time.