Books
Others of My Kind 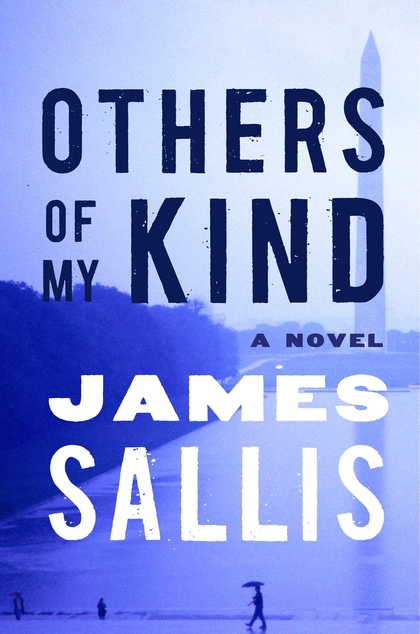 Those expecting another short, bleak blast of crime from acclaimed novelist James Sallis—something along the lines of his Lew Griffin private investigator series, or his compact, brooding novel Drive, brought to the silver screen in all its twitchy fatalism last year with Ryan Gosling in the lead—better brace themselves. Yes, there is crime here, some truly wrenching stuff, but it’s little more than a jumping-off point. No, what this ruminative little parable really offers is an examination of identity, of possibility, and of how we adapt—or choose not to adapt—to the most horrific things life can dump on us.

When she was a little girl, Jenny Rowan was kidnapped and held hostage for years in a wooden box kept beneath her abductor’s bed, from which he would regularly roll her out to “play” with, like a captive doll. Eventually, Jenny escaped, and lived “off the land” (such as it was) at the local mall for another few years, a true wild child, before being captured again and thrown into the child welfare system. Ultimately she sued for legal emancipation at the ripe old age of 16—and won.

But that’s not quite what this fierce and oddly disquieting novella is about, either. For the grown up Jenny, now a successful TV news film editor in a dysfunctional but recognizable future writhing with political and social unrest, her choice to live life on her own terms has left her with an eerie certainty and a spooky detachment; she’s become a surprising pillar of strength and wisdom for the few who know her whole story. Like Detective Jack Collins who comes asking for Jenny’s help with Cheryl, a recently rescued woman (“twenty going on twelve”) who, like Jenny, was abducted as a child.

Jenny reluctantly agrees, beginning a chain of events that suggest nothing so much as modern fairy tales such as The World According to Garp or Forrest Gump, albeit rendered in miniature, with the darkness cranked up. Emotionally bruising at times, but ultimately strangely triumphant, the hardfought victory of this novel lies more in its open-ended optimism and generosity than in any real narrative closure. And yet for those willing to dive into the depths of this odd little tale, Jenny’s simple declaration that “We make do” will echo long after you’ve closed the covers. Powerful stuff.

A moving examination of the most horrific things life can dump on us.