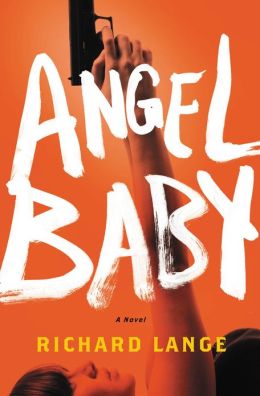 Kept in confinement in her Mexico mansion as the wife of a vicious drug lord named Rolando, Luz is brutalized and desperate to flee from her increasingly dire situation. She cannot simply walk out the door. So, she bides her time to make her escape and reclaim her four-year-old daughter, whom she has kept hidden from Rolando. Luz does make her getaway, and it’s bloody. Free from the clutches of El Principe, her husband, Luz races to the United States to reunite with her daughter. Rolando, however, blinded with rage, will do anything to reclaim his “property,” including hiring El Apache, a ruthless criminal newly released from prison, to capture Luz.

This is one lean, tough novel. Lange’s prose is sharp throughout and his pacing moves with the momentum of rolling thunder. Luz is a fascinating and complex heroine who is willing to do anything to be reunited with her child and has remarkably stayed alive despite living for years as Rolando's punching bag. And Malone, the sad-yet-capable alcoholic who’s hired to smuggle her across the border into the United States, displays the sort of bruised humanity and world-weariness that we crave in noirish tales such as this. No one is good in this superb portrait of wrecked lives, but no one is entirely evil either. Everyone is painfully human and recognizable in his or her suffering. This is Lange’s second novel after 2009’s This Wicked World and it’s a truly great read.

One lean, tough, crime novel with a borderland twist.