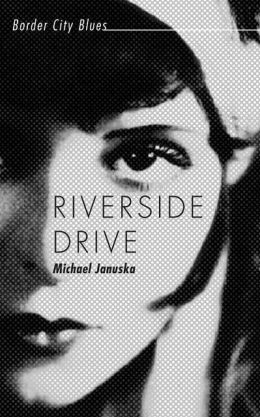 There are plenty of ripsnorting tales still to be told about the Prohibition era, particularly from the Canadian side of the border. The first Great War on Drugs was not just a fantastic business opportunity for Canadian smugglers and bootleggers large and small, but also a fine way to mess with the Yanks (Canada hadn’t invented Celine Dion or Justin Bieber yet). Unfortunately, in his ambitious, picaresque first novel, fledgling author Michael Januska ignores one of the cardinal pieces of advice given all newbies and insists on telling rather than showing, resulting in a fast-moving, but curiously dry rehash of events that lacks the juice and passion of fleshed-out characters and real empathy. Too bad. Because under all the static there’s a mother lode of great stuff here waiting to be mined.

Jack McCloskey, a battle-hardened vet returns from World War I to the River Cities, that cluster of small rural towns near Windsor, Ontario, just across the Detroit River from Motor City. But Jack’s too restless and prone to violence to easily settle down, and soon lights out for the States, knocking around for a few years as an amateur boxer and occasional muscle for local gangs. Eventually he does head home, though, hoping to make amends with his estranged father and brother who have become small-time bootleggers, much to the displeasure of Mr. Green, the local Windsor crime boss with whom Jack has recently signed on. Complicating matters is that Green is also on the outs with the big boss in Montreal, Mr. Brown (I know, I know, it’s starting to sound like a box of crayons here).

Subplots, themes, and characters—particularly women—are built up as important and then discarded with barely a backward glance. Vera Maude emerges late in the game as a major secondary character. A frustrated librarian slowly being crushed by the yoke of small-town ennui, she’s another lost soul yearning to break free. What ultimately brings her and Jack together is less a collision course than a series of loosely related stories and episodes that eventually (and conveniently) overlap, but never quite gel. Still, Januska’s knowledge of local history bodes well, and a return visit may yet yield the mud, blood, and passion the era so richly deserves.