Books
A Bomb Built in Hell 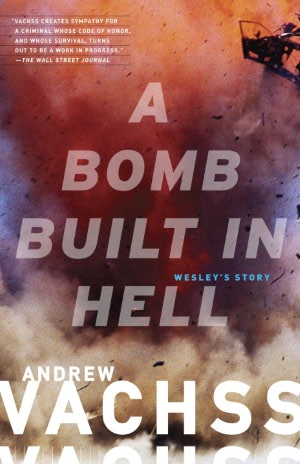 Andrew Vachss takes antiheroism to new extremes in A Bomb Built in Hell, telling the life story of professional killer Wesley. After discovering that he excels at killing while fighting in the Korean War, the aimless Wesley returns home, quickly finding himself in jail. There, he finds his true calling under the tutelage of fellow prisoner Carmine Trentoni, who teaches him about the business side of murder. But, no matter how good he is at his profession, Wesley still feels empty. He doesn’t realize it for some time, but he harbors an intense death wish.

Vachss doesn’t sugarcoat things in this brutal, detailed piece of work, but that’s what makes it fascinating. Vachss’ fans will love this example of the author’s early writing, which predates his Burke books by several years. Rejected by publishers decades ago due to its high level of violence, the years have not diminished its impact.

A brutal piece of work that takes antiheroism to a new extreme.