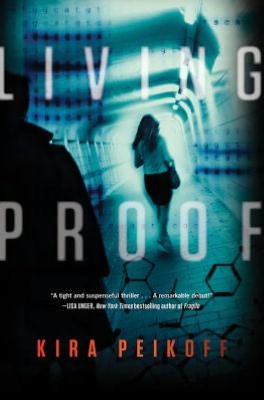 In the year 2027 Dr. Arianna Drake runs such an amazingly successful fertility clinic that it’s caught the eye of the US Department of Embryo Preservation (DEP), an agency tasked with enforcing the laws that protect human embryos from harm. DEP suspects dirty business is going on beneath the clinic’s squeaky clean exterior, particularly given Dr. Drake’s radical past in which she supported the now-illegal use of embryos for scientific research.

In the hope that Dr. Drake will divulge her secrets, DEP agent Trent Rowe goes undercover and cozies up to Arianna but soon finds himself reluctantly falling for her. Rowe, whose faith has wavered in the past, discovers that, indeed, everything is not as it seems at the clinic, but what is at stake for Arianna is much more than academic research—it’s a serious matter of life and death, and a potentially groundbreaking scientific advancement. Faced with difficult moral decisions about faith, God, love and reason, Trent struggles to accommodate the seemingly conflicting ethics of science and religion.

Living Proof is a well-written thriller that deals with issues of great relevance in today’s world: When exactly does an embryo become a human being? Whose life is of most value? To her great credit, Peikoff creates believable, well-rounded characters who represent both sides of a tough moral question.

A thriller set in the near-future where medicine, ethics, and religion collide.