Books
All I Did Was Shoot My Man 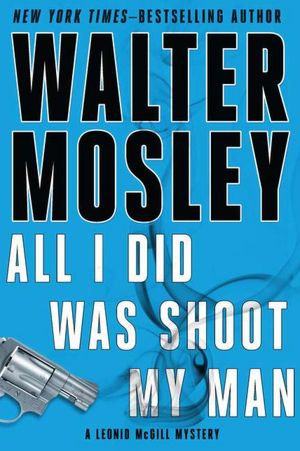 There’s a bruising psychological and philosophical claustrophobia in Mosley’s Leonid McGill’s stories that makes them the polar opposite of a comfort read. But that’s not necessarily a bad thing. McGill, currently the proprietor of a small private detective agency in New York City, is no saint. He used to work as a “fixer” for some not-very-nice people, specializing in framing people for crimes they didn’t commit. He doesn’t do that anymore—but as anyone who’s familiar with the genre knows, the past never really goes away.

Eight years ago, Zella Grisham found her man in bed with another woman and shot him, but police soon discovered evidence pointing to her complicity in a $58 million heist. Bogus evidence that McGill himself planted. Seeking to do the right thing on behalf of the woman he helped send to prison for seven years, he agrees to help Zella track down her former lover to make amends and to find her child who was given up for adoption, but what should have been a couple of simple cases soon get complicated. Seems an awful lot of people still believe Zella did have something to do with the robbery, and all that money’s still out there.

Treachery, giant insurance corporations, vindictive cops, slimy lawyers and some imported killers aren’t all Leonid—who’s still no saint—has to contend with. His family is falling apart, his troubled wife is drinking again, and the activist father who abandoned him as a child to go join the “revolution” seems to have returned from the dead. It’s a dark, brooding, and quietly disturbing wallow in guilt, fear, lust, loneliness, and middle-aged angst that is miles away from the typical kiss kiss bang bang of the genre. Call it noir for grown-ups, if you must, but it’s one of the most unsettling yet cathartic reads I’ve come across in a while.

Leonid McGill’s stories are the polar opposite of a comfort read—not necessarily a bad thing.