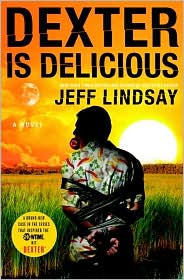 This fifth installment in the Dexter series opens with the vigilante serial killer protagonist gawking in awe at a life he ironically helped create. Dexter has become the dreamy daddy of a little girl named Lily Anne. Her birth provokes a revelation. He wonders if he can actually be a normal human being, instead of simply mimicking one. This question is raised throughout the story, in which Dexter lends his forensic skills to assist his sister, Deborah, a sergeant with the Miami Police Department, investigate the disappearance of a young woman named Samantha Aldovar and her friend. Initial leads point to a group of vampires. However, when partially eaten remnants of Samantha’s friend are discovered, it becomes clear the perpetrators are cannibals. The investigation leads Dexter and Deborah into danger—a situation in which the tables are turned and Dexter the predator becomes the prey.

The theme of family runs throughout the book, underscored by Dexter’s new role as father, Deborah’s personal problems, and the sudden appearance of a presumed-dead relative. Part of what makes this book fun to read is Dexter’s great sense of humor. He clearly qualifies as America’s funniest serial killer. Dexter describes his evil impulses (originating from the creature inside him he calls The Passenger) with wry and ironic detachment. He has an outsider’s view of human behavior, but you can feel his intense desire to belong. “Had I grown a soul?” he asks, at one point. “Was Pinocchio a real boy at last?” As unlikely as a serial killer with a soul may seem, Lindsay pulls off the remarkable feat of making him plausible and vulnerable—poignant even. On the other hand, Dexter may also appeal to the hidden Passenger in all of us.