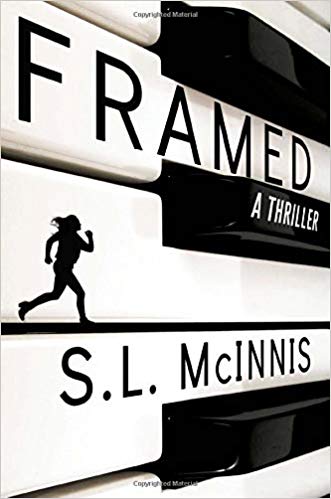 In author S.L. McInnis’ debut suspense novel, Beth Montgomery is living a relatively quiet and benign life as a piano teacher. At least, that’s what it looks like on the surface. But away from prying eyes, her marriage to her filmmaker husband, Jay, is strained over their financial difficulties and Beth’s insecurities.

The tension in the marriage sees the screws tighten further when an old college roommate of Beth’s shows up needing a place to stay. Cassie Ogilvy is everything that Beth is not. Wildly extroverted, Cassie is the same kind of sex, drugs, and alcohol party girl she was back in their college days. What Beth doesn’t know is that Cassie is on the run from a drug deal gone bad that left four people dead in a hotel room. Cassie grabbed the money and ran. Now she needs a place to lie low to figure out her next move. The only problem being that one of the victims was an undercover cop and the police aren’t giving up on finding his killer.

I’m not normally enamored with the storytelling framing device of having each chapter told from the point of view of a different character, but in this book it works. It starts out a little slow, but the tension ratchets up with each turn of the page until the climactic reveal. As the plot unfurls, readers will realize that no one is who they seem—worse yet, these are actually characters you would never want anything to do with in real life, the kind of people one should run screaming from in the opposite direction. And yet, in testament to the strong craft of McInnis’ writing, you can’t tear yourself away from seeing what will happen to them next.

With a narrative that keeps the tension rising throughout, from one twist to another, Framed is going to be one of the more deliciously enticing thriller reads of 2020.