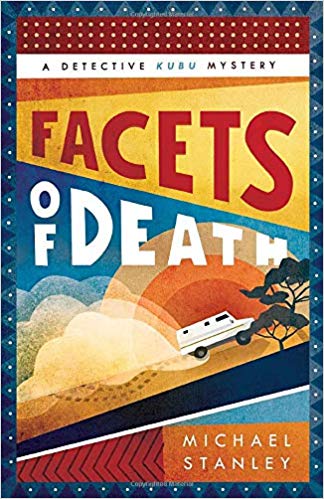 In this prequel tale, readers are introduced to David Bengu, known by his nickname Kubu, as he begins his very first day on the job. Straight out of university and having skipped working as a uniformed street officer, Kubu is resented by his colleagues for his lack of actual experience. He doesn’t have much time to worry about that, however, as he is soon tasked with investigating two different cases. The first is a case of baggage gone missing from an airport. The second, far more deadly case involves a load of unrefined diamonds that has been stolen from another airport and a number of murders.

The stolen diamonds belong to the De Beers corporation, the country’s national partner in mining operations, and the entire Botswana police force is under immense political pressure to solve the case. But when the robbers are found shot to death, Kubu and his fellow police are left wondering as to the identity of the theft’s true mastermind—and just how to catch him.

If you are like me and hadn’t read this series before, Facets of Death is a perfect way to jump into the series. Kubu might mean “hippopotamus” in the Setswana language, but it fits David Bengu quite nicely as he seems to be a man of great size and stature in both the figurative and literal sense. He’s got an agile mind, but isn’t cocky, and he’s not afraid to admit when he doesn’t know something. This serves him well as he navigates two investigations that draw on the country’s past and present, while giving readers a compelling, original narrative that will have them coming back for more.