"It is a gentleman's first duty to remember in the morning who it was he took to bed with him." 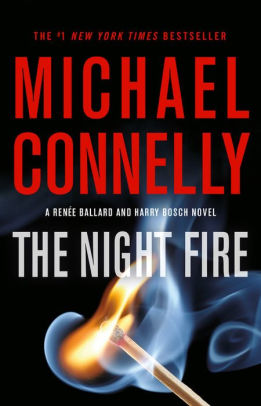 Following the events of Michael Connelly’s Dark Sacred Night, Harry Bosch and Renée Ballard reached a tentative if unofficial partnership. As The Night Fire opens, however, the two are occupied with their own separate work.

After attending the funeral of the man who mentored him when he first made detective, Bosch is told by the man’s widow that her husband left something behind for him. The “gift” turns out to be a murder book, an unsolved case from their days together on the force.

Given Bosch’s outsider status with LAPD, he reaches out to Ballard for help on investigating the murder file he was given. But confusion sets in when they realize that Bosch’s mentor never actually did any work on the case. Why did he take the file if not to work on solving it? Meanwhile, he’s also investigating the murder of a judge, a case brought to his attention by his brother, lawyer Mickey Haller. This particular investigative path leads to conflict with the case’s official detectives and soon there’s much more to the story than anyone could’ve foreseen.

Ballard also continues working “the late show” overnight shift, where she responds to a call about a homeless man who was burned to death inside his tent. It seems a cut-and-dried case and she passes it off to the fire department investigators. What neither Ballard nor Bosch can know until they start making progress in their under-the-radar investigation is that the past may very well have something to do with their present.

There’s a whole lot of disparate subplots running throughout The Night Fire, but each of these threads build skillfully to intertwine and tie everything together. It’s a busy plot to be sure, but readers never feel like there’s too much going on. Connelly introduces new troubles in Harry’s life (which in its way, scared the heck out of me), and forces Renee to once again confront the officer who torpedoed her career. That was a particularly involving subplot because of how the two parties despise each other, but become dependent on the other for survival.

It borders on repetition, but with The Night Fire, Michael Connelly continues to develop the Bosch-Ballard pairing. Their partnership remains a work in progress with some rough edges to smooth out. But when the chips are down, they can both count on the other. This makes the book, once more, a perfect thrilling experience for the reader, and that’s what it’s all about, right?

"This world may be divided into those who take it or leave it and those who split the difference."
—Monsignor Ronald Knox (1888-1957), British clergyman and mystery writer