—Walter Hartright, The Woman in White, 1861, by Wilkie Collins 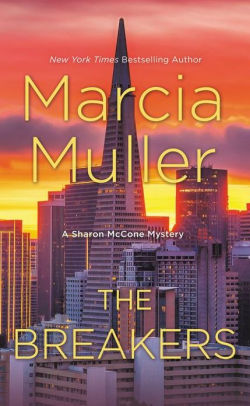 Chelle Curley hasn’t been heard from in over a week. Not by her parents, siblings, or friends. She works as a house flipper, living in and remodeling rundown buildings and then selling them off for a profit. By all accounts, she’s very good at her job. Her latest project is an apartment building known as the Breakers. It’s now pretty much a dump, but in its heyday, it was once a Prohibition-era nightclub.

When San Francisco private detective Sharon McCone is asked to track down Chelle, what she expects to be a straightforward “wellness check” leads her to stumble onto something more sinister when she finds a collage of famous mass murderers on the wall of a hidden room on the site of Chelle’s latest job. In her search for Chelle, McCone learns a lot about the building’s storied history and runs into a wide cast of characters and/or suspects, including the wheelchair-bound current owner of the building, a college student named Zack, a couple of war veterans, and a certifiable lunatic passing himself off as a magician. However, things take a darker turn when a body turns up, making the search for the missing woman even more desperate.

Marcia Muller’s understated way of detailing the case step-by-step hooked me quickly, and her use of time stamps for each chapter keeps things moving. The subplots in The Breakers are intriguing as well. There’s McCone’s twisty family relationships that come into focus on the health of a parent, as well as startling revelations about Chelle’s family (who are also family friends of the McCones).

Old buildings hold secrets and stories both told and yet to be discovered. In The Breakers, the story of a killer and a secret artwork will chill readers even more than the wind that whips through the San Francisco Bay.

“The cheaper the crook, the gaudier the patter.”