Books
The Moment Before Drowning 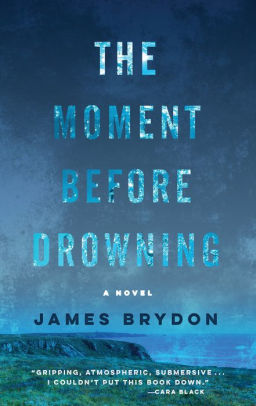 James Brydon’s brilliant The Moment Before Drowning isn’t an easy read. Not because of its style, which is sensuous and elegant, but because of its subject matter: the brutality behind war’s front lines. In 1959, French police captain Jacques le Garrec is sent to Algiers to help root out the terrorists clamoring for independence. Before this assignment, Garrec, who was a hero of the Resistance when France was occupied by the Nazis, was one of the most admired men in France. But as the book opens, he has returned from Algeria, and is about to be tried for the war crimes he supposedly committed during his time at Al-Mazra, the notorious Algerian prison. While awaiting his trial, he is staying in Sainte-Élizabeth, the rural Breton village of his birth. When young Anne-Lisa is found murdered and mutilated on its outskirts, the local police ask for Garrec’s help. The book then jumps back and forth in time as Garrec’s current investigation starts to parallel his former work in Algeria, where one of the suspected terrorists had been a woman named Amira. Her ultimate fate still gives Garrec nightmares. Garrec’s work is made even more difficult when he discovers that police captain Lafourgue is fascinated by torture, claiming it helps the police “create fear and repression in [the public’s] minds.” In fact, Lafourgue is so excited by the torture done to Anne- Lisa’s body that for a while Garrec suspects him of being her killer (and so will the reader). But there are other suspects, too, such as the degenerate aristocrat who keeps a torture chamber in the cellar of his decrepit mansion. This is a risky book, and might not be for everyone. In illustrating both sides of the Algerian freedom movement, as well as both sides of law and order, The Moment Before Drowning never holds back, whether discussing the ideas of Sartre, Baudelaire, Goethe, and Nietzsche, or in describing the torture methods used at Al-Mazra. The least of those methods is waterboarding, which gives the book its title. Not everyone will want to read the existential musings of a local teacher as he compares the supposed weakness of Freud’s theories about human behavior to Sartre’s supposedly stronger theories: “My sadness, joy, or rage are all free choices which emanate from the perception of myself and my surroundings that I undertake to adopt.” In other words, forget the excuses. Our subconscious doesn’t make us commit horrors—we choose to commit them. After reading The Moment Before Drowning, dedicated readers might want to watch the award-winning docudrama The Battle of Algiers, which covers much of the same territory as Brydon’s heart-wrenching novel.