"Well, she was dead and there was no use crying over spilt milk." 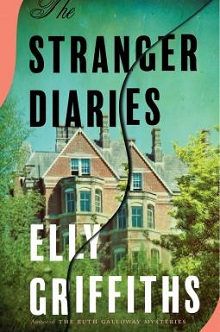 Writers are creative people—it’s part of the job title.

And just as creative are those who work with authors in a variety of situations—agents, editors, booksellers, publicists and, are I say, even the occasional critic.

And that brings me to the organizers of Mystery Writers of America’s Edgar Awards.

This is the 75th anniversary of MWA and that called for an especially big celebration of the Edgar Awards.

But as we all know, the Edgar week events, including the symposium and the awards banquet had to be canceled.

But the awards to celebrate the authors, their books, TV, etc., were not canceled. Just given in a different format.

This time on Twitter and YouTube in real time instead live in the room at the banquet.

MWA's handling of the Edgars should be a blueprint for other organizations.

By putting this on Twitter/YouTube, it also allowed the Edgar Awards to be open to anyone.

Whether a person has signed up for the banquet or not, they were allowed to particiapte.

And it also brought more attention to the books and the authors, hopefully inspiring more book buying.

Announced April 30, 2020, the virtual Edgar Awards made us all proud. I am sure this was not easy to pull off but the announcements were smoothly handled.

April 30 is the day the awards would have been announced anyway. Only instead of an evening gala with long dresses and tuxedoes, the awards’ announcement began around 11 a.m.

Now all the acceptance speeches are available on YouTube, and they are worth a listen.

All the finalists were asked to record an acceptance speech that would air after their category was announced.

As usual, the speeches were from the heart as authors thanked those who helped their career. The speeches may have been shorter this time because of technology. 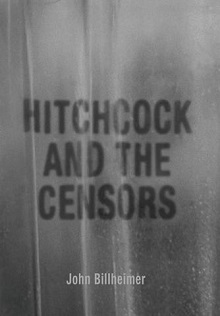 Instead of glitz, the authors filmed from their homes or outside. Some had their dogs or cats in the videos, others did it solo.

Perhaps in many ways, these videos gave readers more insight to the authors.

Angie Kim, whose Miracle Creek took the Best First Novel by an American Author, talked about her Korean heritage and how her family helped her.

John Billheimer, whose Hitchcock and the Censors won best critical biography, told us how he came to writing late and thanked his wife for encouraging him to use his engineering background in his writing.

Elly Griffiths, who took best novel for The Stranger Diaries, mentioned how strong the mystery community is and how it will not be broken.

The videos also include a heartfelt tribute to Mary Higgins Clark, who died this year, with authors discussing how much her work, and the author herself, meant to them.

It was hard not to tear up as Sujata Massey, Charles Todd and Hank Phillippi Ryan paid their respects to Clark. The video also included an interview with the Queen of Suspense as she was often called.

Also bringing tears was the annual “In Memoriam” that showed those who have passed away. The video montage reminded us how these authors influenced the genre and our reading, and showed us how much we have missed with their passing. Some of the authors’ passings were a surprise to me. Rest In Peace.

We all hope that next year, we can celebrate the Edgar Awards in person. But this online ceremony and these videos remind us how important the genre is and why reading soothes us, even during a pandemic.

Here are the winners. Happy reading.

Here are the winners of the Edgar Awards as announced April 30, 2020, by the virtual Edgar Awards. https://twitter.com/EdgarAwards

Videos of all the winners including a heartfelt tribute to Mary Higgins Clark are on YouTube https://www.youtube.com/playlist?list=PLiYm04WPG_MFAvH6zGgO8hmkIDO_T4QKY 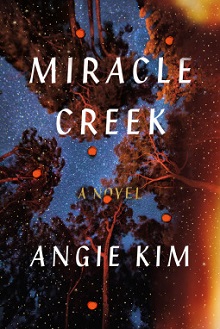 Winners are in bold with an ***

Mystery Scene congratulates those who take home an Edgar and the nominees.

BEST FACT CRIME
**The Less People Know About Us: A Mystery of Betrayal, Family Secrets, and Stolen Identity, by Axton Betz-Hamilton (Hachette Book Group – Grand Central Publishing)
The Ghosts of Eden Park: The Bootleg King, the Women Who Pursued Him, and the Murder that Shocked Jazz-Age America, by Karen Abbott (Penguin Random House - Crown)
American Predator: The Hunt for the Most Meticulous Serial Killer of the 21st Century, by Maureen Callahan (Penguin Random House - Viking)
Norco '80: The True Story of the Most Spectacular Bank Robbery in American History, by Peter Houlahan (Counterpoint Press)
Indecent Advances: A Hidden History of True Crime and Prejudice Before Stonewall, by James Polchin (Counterpoint Press)

BEST SHORT STORY
***“One of These Nights," from Cutting Edge: New Stories of Mystery and Crime by Women Writers, by Livia Llewellyn (Akashic Books)
“Turistas," from Paque Tu Lo Sepas, by Hector Acosta (Down & Out Books)
“The Passenger," from Sydney Noir, by Kirsten Tranter (Akashic Books)
“Home at Last," from Die Behind the Wheel: Crime Fiction Inspired by the Music of Steely Dan, by Sam Wiebe (Down & Out Books)
“Brother’s Keeper," from Ellery Queen Mystery Magazine, by Dave Zeltserman (Dell Magazine) 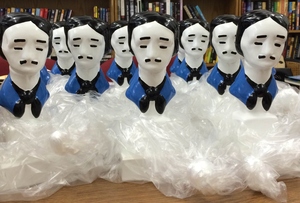 This was to have been the week to celebrate the 75th anniversary of Mystery Writers of America (MWA).

It was to have been the week of Edgar Awards festivities to celebrate that anniversary with parties around New York City at bookstores, restaurants and apartments, a terrific symposium to discuss genre trends and culminating with the banquet to honor the books, short stories and films nominated for the Edgar.

That was the plan.

But as we all know, the pandemic has forced the cancellation of many high-profile events, forcing traditions to be put aside—or revised—as we concentrate on staying healthy and sheltering in place.

But what hasn’t been canceled is that MWA’s 75th anniversary will still be celebrated.

And what hasn’t been canceled is that MWA will still honor the Edgar Awards nominees—just in a different format.

Here is the link https://twitter.com/EdgarAwards.

At the same Twitter address, MWA has been sharing videos of authors reading their nominated works.

I won’t say it’s almost like being there because nothing beats the excitement of being in the room where the Edgar Awards happen, of cheering on those who take home the statue, or hearing leaders of the genre discuss mysteries and being able to answer questions during the symposium.

But this is a terrific way to honor those works and authors, following the trend that countless other organizations are doing not only across the country but worldwide.

The tradition continues, just in another format.

And that is important.

“We've never not given out the awards, no matter what is going on in the world. And even though there is a global pandemic, honoring and recognizing our finalists and winners seems even more important than ever before,” said Greg Herren, Executive Vice President of Mystery Writers of America.

Naturally, the awards ceremony will be reformatted. “We're just doing a banner, not voice, on the individual awards category announcements,” said Herren.

As usual, the winners will be secret until announced, but we will get to hear from them. All the finalists were asked to record an acceptance speech, which will air after their category is announced.

Other Edgar traditions will continue

The "In Memoriam" will be put up on the MWA YouTube channel.

The Edgar Annual will still be published.

Plans for the symposium are, at present, on hold.

"We are exploring options right now on how to present the symposium; whether it will be done as a live on-line event will depend on whether we can find a way to do it with the high level of quality everyone expects from Mystery Writers of America. We can't mirror the actual in-person live dynamic of the usual symposium, but we want to come as close as possible," added Herren.

“I'm actually very pleased with how this is all turning out,” added Herren.

Mystery Scene also will post the winners here by noon on April 30.

And this shows when crisis arise, clever ways can be found to keep traditions going.

Stay healthy, everyone. And keep reading. The Edgar nominees are a great resource to update your reading list.

And here are the Edgar nominees. 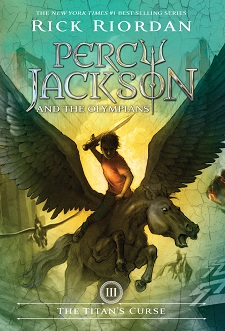 James Patterson isn’t alone in his campaign to save the independent bookstores.

A couple of weeks ago, Mystery Scene wrote that #SaveIndieBookstores began on April 2 with a $500,000 donation from Patterson.

Supported by the Book Industry Charitable Foundation (Binc) and the American Booksellers Association (ABA), the campaign ends on April 30.

Now Rick and Becky Riordan have joined the #SaveIndieBookstores campaign. The Riordans have started a personal matching gift challenge. The couple will match each dollar raised, up to $100,000.

Riordan is the author of more than 20 novels for young readers, including the Percy Jackson series, the Kane Chronicles, the Magnus Chase series and the Trials of Apollo.

He also wrote the well-received private detective series about Tres Navarre, who was a third generation Texan with a Ph.D. from Berkeley in Medieval Studies and English who worked as an unlicensed private investigator. He also was a tai chi master.

"Like most successful authors, I would not be where I am today without the support of independent booksellers. Their dedication, professionalism, commitment, and passion for books are as important for nurturing writers and supporting readers today as when I started publishing 25 years ago. Becky and I are eternally grateful to our indie bookseller friends. We're proud to help support them through this unprecedented challenging time," Riordan commented in a press release.

"It was a blonde. A blonde to make a bishop kick a hole in a stained glass window."
—Philip Marlowe in Farewell, My Lovely, 1940, by Raymond Chandler

MysteryScene Put your sleuthing cap on with ‘Enola Holmes’ and these 8 other Sherlock adaptations https://t.co/QlofEzQ6ts
4h • reply • retweet • favorite