Nonfiction
P. D. James: A Companion to the Mystery Fiction 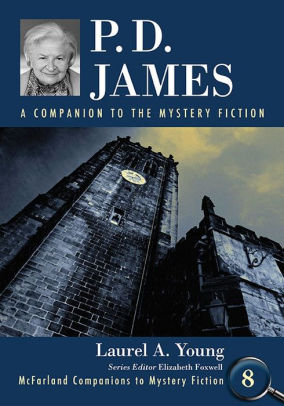 This distinguished series, edited by Elizabeth Foxwell, is now up to eight volumes, all deserving permanent status on the mystery reference shelf. Joining the ranks of John Buchan, E.X. Ferrars, Ed McBain, Mary Elizabeth Braddon, Andrea Camilleri, James Ellroy, and Sara Paretsky is one of the most important practitioners of the 20th century’s second half. Included are entries on all James’ novels, short stories, and nonfiction pieces; characters in her books from Adam Dalgliesh and Cordelia Gray down to the most minor bit player, including characters borrowed from Jane Austen in her last novel, the Pride and Prejudice sequel Death Comes to Pemberley; allusions to places, institutions, and historical figures; and broad topical essays, e.g., feminism, religion. Customary features include works in alphabetical and chronological order, one-page biography and career chronology, annotated bibliography, and index.