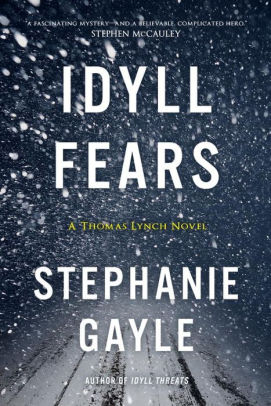 Set in 1997 in small-town Connecticut, the second book in the Thomas Lynch series finds the big-city cop turned small-town police chief beset by trouble on all sides when a six-year-old boy with a medical condition that makes him unable to feel any kind of pain goes missing. Complicating matters is the fact that it is two weeks before Christmas and a massive snowstorm has just begun. Aided, then hamstrung, by the parents of the boy and the town government he is beholden to, Lynch also finds himself at odds with some of his own subordinates over suspects behind the kidnapping. When the boy is mysteriously returned, everyone seems happy to forget about finding his kidnapper—that is until he is kidnapped a second time.

Meanwhile, Lynch is still dealing with the fallout of his coming out as a gay man in the previous book, Idyll Threats. Townspeople talk behind his back, his men are afraid to so much as shower at the same time as him, and his own station administrator, the formidable Mrs. Dunsmore, seems appalled by his very existence. There’s also the “small” matter of threatening phone calls and the antigay vandalism of his police vehicle.

The character development in Idyll Fears is outstanding. Chief Lynch is far from a put-upon saint, but a fully realized person for whom being gay is a part of who he is rather than the sum total of his existence. As a big fish in a small pond, he is a little sanctimonious and he makes assumptions about people that can be totally off base. Perhaps even more important is how Gayle’s supporting characters are woven into the story. While they start out standoffish, progress is made on both sides and relationships show signs of improving, yet nothing is magically solved all at once. One character in particular is revealed to be far more than what Lynch assumed, and could become one of his more staunch allies as the series continues.

The split between the main case and the exploration of Lynch’s life as a newly out gay man is evenly handled, but the investigation’s solution can be seen coming a mile away, as it is only thinly disguised and Lynch and his detectives put things together in a rather quick and linear way. This robs the criminal case aspect of the story of some of its effectiveness. Despite this, I found the story rather enjoyable and I am looking forward to where this series takes readers next.