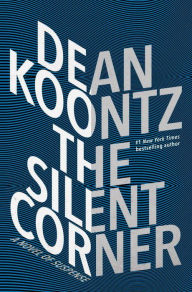 The Silent Corner is a throwback to Dean Koontz’s fine suspense novels of the 1990s—Dark Rivers of the Heart (1994) springs to mind—and it is a welcome addition to his contemporary work. Jane Hawk is a young mother, a rising star in the FBI, and a recent widow. Her husband, the youngest full colonel in the Marine Corps, unexpectedly kills himself after writing an oddly uncharacteristic suicide note. The handwriting is his, but the thoughts expressed, the words written are nothing like Jane would expect.

After her husband’s death, Jane’s research reveals a rising, largely unnoticed, and unexplained suicide rate across the United States. It includes a significant number of people much like her husband, who were far from the standard suicide profile: successful, seemingly happy people, without any prior warning signs. Even more disturbing are the notes, which are all written in the person’s own hand, but using language that seem to indicate the act was involuntary. Jane’s research ruffles the wrong feathers, and when a man threatens her son, she goes underground.

The Silent Corner is vintage Dean Koontz: paranoia-fueled suspense with an understated and believable science-fiction core, sleek and highly realized action, developed characters, and more twists and turns than any two ordinary novels combined. Jane is a likable and competent protagonist with enough self-doubt and worry to make her sympathetic. Her adversaries are despicable and villainous with an evil intent that is as relevant to current events as it is audacious. Among Dean Koontz’s finest contemporary work, The Silent Corner, the first in a new series, promises late-night reading, an increased heart rate, and paper cuts from turning its pages too quickly.