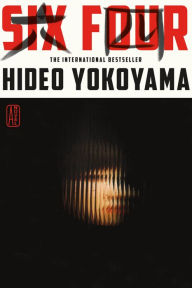 Set in 2003 Japan, Mikami finds himself dealing with a malcontented press corps, questions about his own underlings, bosses who care more about interdepartmental politics than law enforcement, his own missing daughter, and a withdrawn and forlorn wife. When the anniversary of an unsolved kidnapping and murder approach, Mikami is drawn to the case due to its similarity to his own child’s disappearance. Despite warnings to stay away from it from his superiors, Mikami looks into it and uncovers startling revelations about botched police work that leaves him even more determined to learn what really happened.

Unfortunately, the first two-thirds of the book reads less like a detective novel and more like a treatise on police department politics in Japan’s honor-driven society. The insider look at Japanese culture within the country’s law enforcement apparatus, and how it deals with the press, might make for interesting reading in a nonfiction book, but it does little to enhance things here. While the author goes to great lengths to create an intriguing protagonist, having him then be continually hamstrung does nothing to build confidence in Mikami’s eventual dawning realizations. The sedate storytelling wastes the narrative’s big twist, and a last act that momentarily amps up the story’s energy level resolves in a vague and relatively incomplete way that will likely leave readers unsatisfied and feeling as if they’ve just done the literary equivalent of running in place—or perhaps working in a Japanese bureaucratic institution.