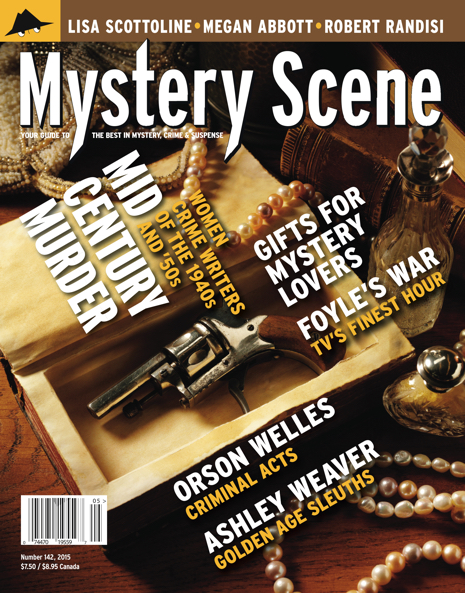 With a new two-volume set, the Library of America focuses long-overdue attention on eight of the best, most popular, and most inexplicably neglected crime writers of the mid-20th century.
by Jon L. Breen

Dorothy B. Hughes’ In a Lonely Place

Ashley Weaver: A Return to the Golden Age

Featuring a volatile married couple as sleuths, this new series is set right in the sweet spot of the Golden Age of Mystery—England in the 1930s.
by Joseph Goodrich

In spite of his tumultuous career, Orson Welles made a substantial contribution to film noir.
by Jake Hinkson

Researching Iceland: The Good, The Bad, The Distasteful
by Betty Webb

Back in Bamako
by Laurent Guillaume