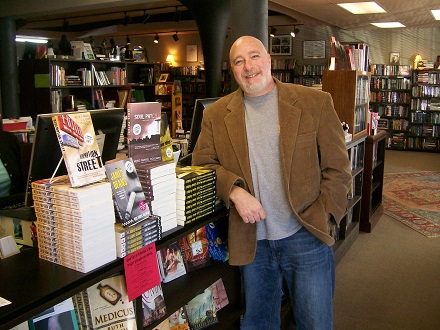 The late Robert B. Parker’s novels continue to have a life of their own.

Now Reed Coleman, left, has been tapped to continue the Jesse Stone series.

Coleman is the author of 17 novels, including the Moe Prager series. A three-time winner of the Shamus Award and a two-time Edgar nominee, Coleman also has won the Macavity, Audie, Barry and Anthony Awards. He is an adjunct instructor of English at Hofstra University and a founding member of MWA University.

And Coleman certainly knows how to keep a secret. Coleman was asked if he wanted to continue the Jesse Stone novels in May 2013. But it has only been during the last week that he was able to make the news public.

Coleman said on his website it took him “about a nanosecond to say yes. From that moment on my life has been turned on its ear.”

Coleman will write four novels in the Jesse Stone series. 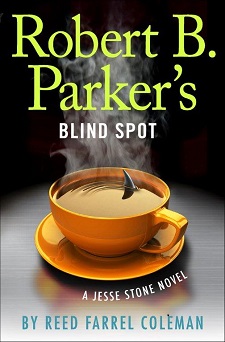 Jesse Stone seems to be a good fit for him, Coleman said.

“Jesse Stone is a character with enormous appeal for me. I’d written an essay about Jesse entitled “Go East, Young Man: Robert B. Parker, Jesse Stone, and Spenser” for the book In Pursuit of Spenser, edited by Otto Penzler. In doing the research for the essay, I found a rare and magical thing that only master writers like Mr. Parker could create: the perfectly flawed hero. Easy for writers to create heroes. Easy for writers to create characters with flaws. Not so easy to do both. But Robert B. Parker was an alchemist who turned simple concepts into enduring characters,” Coleman said on his blog.

In Blind Spot, Jesse Stone’s reunion with his former baseball team is cut short when a young woman is murdered and her boyfriend, a son of one of Paradise’s most prominent families, is missing and presumed kidnapped.