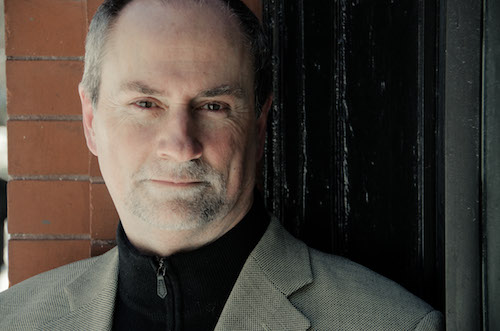 May I call you Ruth?

In 1986 I hadn’t written a word of fiction. I had read much fiction and, as a feature writer and arts reporter for a newspaper, I had interviewed many authors. With very few exceptions, they were gracious and forthcoming—easy interviews, though I remember now almost nothing of the content of the conversation, of the book, or even of the place we met.

But in May of that year, in the Velvet Glove restaurant of the Winnipeg Inn, I met Ruth Rendell. She was with her husband, Don. She was impeccably dressed and coiffed. It was lunchtime. She ate smoked goldeye, a local delicacy. (See how I remember these details?) Don was warm and friendly. His wife was cool and regal—une femme formidable, as Hercule Poirot might say. In those days, in the spring and fall publishing seasons, authors poured through town on publicity tours. It was impossible to read every single book in advance of meeting their authors. Sometimes I worked off the bumpf sent with the book by the publisher and prayed I didn’t sound like a complete clot. I think I managed to fool most of them. (Or perhaps they were too polite to say. Most of these writers were Canadian, which I think explains it.)

One look in Ms. Rendell’s dark assessing eyes, however, and I realized I wouldn’t be pulling any wool over those babies. Thank God I had read every book she had ever had published.

Her writing was a revelation. As a teenager in the 1960s, I read avidly most of the Golden Age detective novelists, Agatha Christie et al., but somehow I had not found my way into contemporary crime fiction with its richer exploration of character, setting, and psychological realism. But in the ’70s I stumbled across Ruth Rendell’s Inspector Wexford series. They honed to the conventions of the genre that I loved, but they seemed more daring, more chilling, more complex. I was intrigued. But it was her standalone novels that hooked me, providing me the glimmer of the idea that a genre novel could be infiltrated and filled with ideas and acute social observation—that a genre novel could meet and match all the expectations of a good literary novel. Her 1977 novel A Judgement in Stone is a brilliant rendering of a crime founded on the shame of illiteracy and the class structure that made it possible. Its first sentence, which reveals both murderer and victim—what we would call a “spoiler” in films—is a bold gambit, but confidently executed. Even armed with whodunit, readers are unlikely to find the tension and menace lapse as they are drawn into the how and why. Through her 1984 novel The Tree of Hands (possibly my favorite), I think I held my breath as the characters caught in the chaos of mental illness and child abuse spiralled doomward. The name of the mad mother—Mopsa—stays with me still. 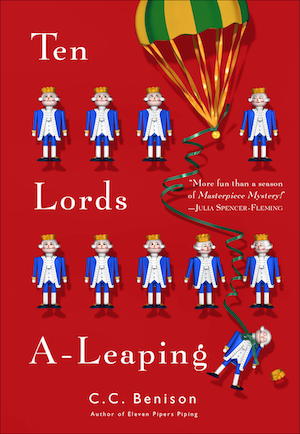 In 1986, Ruth (may I call you Ruth?) was in Canada previewing a Toronto-produced film based on A Judgement in Stone and talking about her then new novels, Live Flesh and A Dark-Adapted Eye, the latter the first of her books written under the pseudonym Barbara Vine, in which characterization is even richer, if that’s possible. (And it is!) Over lunch, conversation turned to the pseudo-royal moniker foisted on her by the marketing arm of her publishers—“the Queen of Crime,” the latest in succession from Christie, Sayers, Allingham, and Marsh. She loathed its sexist implication (people surprised not that a woman writes crime well, but that she write it at all) and its lumping her in with what she called the “cozy club” (a subgenre in which I, too, find myself uncomfortably positioned). I remember her specifically singling out for her disapproval crime novels featuring “absentminded country vicars.”

Oh dear, I can only think now. My protagonist in the Father Christmas mysteries is a country vicar.

At least mine’s not at all absentminded.

C. C. Benison is the nom de plume for Arthur Ellis Award–winning author Doug Whiteway. He is the author of seven crime novels, the latest of which is Ten Lords A-Leaping.