The Thrill of a Thriller
Oline Cogdill

As at most mystery conferences, ThrillerFest will feature an array of panels, workshops, discussions, interviews, and lots of meetings at the bar. ThrillerMaster will be Anne Rice, who will be interviewed on Friday by her son, author Christopher Rice.

Conferernces geared toward the mystery reader—and writer—keep popping up, and I am glad there are so many.

Just to name a few, Bouchercon, which will be in Albany, N.Y., this year, appeals to all mystery fiction readers while Malice Domestic targets the traditional mystery reader. Sleuthfest is a writers' conference attracting published authors and those trying to get published.

And ThrillerFest attracts those who enjoy the thriller.

But what really is a thriller?

There are shelves of books and essays about crime fiction and thrillers. But I haven’t really seen the definitive answer about what constitutes a thriller as opposed to a mystery. 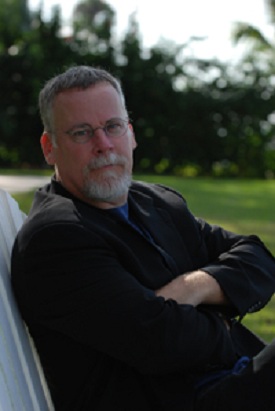 Myself, I prefer crime fiction as an umbrella term for the entire genre. Of course, the genre includes myriad categories from amateur sleuth, legal thriller, and more.

The mystery genre is one that is ever-evolving. Police procedurals can deliver a hard-boiled character study such as those by Michael Connelly, at right. Private detection fiction can mix with social issues such as those of George Pelecanos.

The private eye novel can encompass the efforts of the amateur sleuth such as in Jan Burke’s Irene Kelly novels or Laurie R. King’s Mary Russell novels.

The traditional mystery can be as hard boiled as S.J. Rozan or Harlan Coben.  The screwball comedy can support Janet Evanovich.

Take Dennis Lehane’s Live by Night, which took the Edgar for best novel this year and also was my top pick of the year. By no means is this a traditional mystery, and the reader is richer because Lehane does take chances.

Live by Night looks at Prohibition and the organized crime that flourished because of it. Beginning in Boston during 1926, Live by Night moves to Tampa and Cuba, showing a decade in the life of Joe Coughlin.

The brother of a cop and the son of a Boston police captain, Joe revels in the glory of being “an outlaw,” working for one of Boston’s most feared mobsters and bootleggers. But the job requires one to have “amputated conscience” as Joe’s life is fraught with betrayal, double crossing and brutality. And, as his father knows but Joe refuses to acknowledge, “violence procreates.”

Live by Night melds the historical, the police procedural, the heist, organized crime and, also, a very personal look at one man.

Michael Connelly’s The Black Box also stretches those various genre categories—bringing together the historical, the police procedural, a character study and even hints of the private eye novel. In this 19th Harry Bosch novel, Connelly mirrors contemporary issues and Los Angeles’ vagaries in an edgy, labyrinthine plot. The Black Box chronicles Harry’s role as a cop and how it has changed through the years. The novel opens in 1992, when Los Angeles is in chaos as riots pummel the city following the acquittal of the cops who beat Rodney King. (“Flames from a thousand fires reflected like the devil dancing in the dark sky.”)

The Black Box becomes a contemporary novel when a gun used in a recent murder is linked to a shell casing found at a 1992 murder.

But back to trying to define a thriller.

The Oxford Companion to Crime & Mystery Writing by Rosemary Herbert states that “thrillers are stories of heroic adventure set to criminal situations” and that “the requisites for a thriller are both an overt plot of action and a latent representation of common psychology.”

But couldn’t that describe any crime fiction?

Bruce Murphy’s The Encyclopedia of Murder and Mystery contends that the term thriller is “a piece of literary terminology nearly as useless as ‘suspense.’ Publishers often refer to books as thrillers when they do not want to admit they are spy novels or mysteries.”

I don’t agree with that rather useless definition.

The best definition I found was on ThrillerPress.com:

In thrillers “the plots are scary, the characters are at great risk and the reader can’t wait to turn the page. It’s good storytelling in which the protagonist tries to solve a problem that only gets worse. If you can’t put it down, if it has you biting your nails and staying up late at night, double-checking that the windows are locked and worrying and fretting about whether the characters are going to survive, chances are it is a thriller.”

And again, doesn’t that describe most crime fiction?