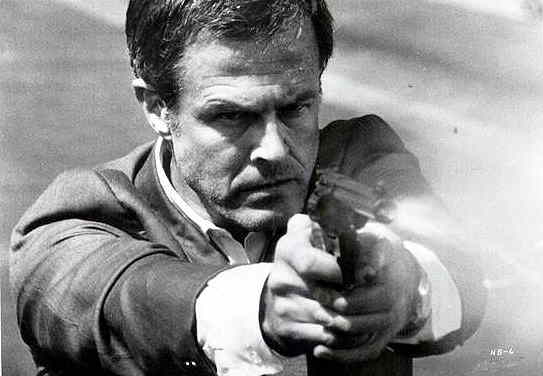 A slap in the face to notions of what film noir is supposed to be.

Robert Culp in the sadly neglected noir gem Hickey & Boggs (1972), which he both directed and starred in. Photo courtesy of United Artists.

Actor Robert Culp passed away in March and the tributes were immediate and heartfelt. Culp was, by all accounts, that rarest of Hollywood items: a genuinely nice guy. It helped, of course, that he's best remembered for his role as the amiable, dashing tennis pro/secret agent Kelly Robinson in I Spy, the 1960s TV show. Culp and co-star Bill Cosby, who posed as Culp's "trainer" (and cracked television's prime-time drama color barrier along the way), played two suave, wisecracking, globetrotting doofuses who somehow managed to save the world on a regular basis. Culp made numerous other appearances over his long career on television, many of them crime-related, including a starring role as the driven Texas Ranger in Trackdown (1957-59), and guest spots on everything from 87th Precinct and Cain's Hundred to Diagnosis: Murder and Columbo.

But for my money, Culp's greatest achievement was Hickey & Boggs, an obscure but deliciously nasty little film noir from 1972. Culp not only starred in it (along with Cosby) but also directed it, based on a screenplay by rookie screenwriter Walter Hill. Frank Boggs (Culp) and Al Hickey (Cosby) are two small-time Los Angeles private eyes in an almost complete role reversal of their beloved TV personas. Gone are the aw-shucks idealism and glib heroism of I Spy (and, indeed, of much private-eye fiction of the time), replaced by a dark brew of rage, cynicism, and almost crippling impotence (Culp laments, variously, that he needs a better car, a bigger house, and, tellingly, a bigger gun). They're burnouts, losers barely there for themselves, never mind each other, latching onto one last case: Find a lawyer's missing girlfriend. But what seems like a fairly routine job soon descends into a morass of lies and deceit and brutal violence involving Chicano radicals, bank-robbery loot, black activists, and the mob. Even as bitter, alcoholic Boggs swears they must "try to even it up, make it right," there's the sinking feeling that nothing he or Hickey do will make much difference. Outmaneuvered, outnumbered, and outgunned, the two are less catalysts than bystanders; pawns whose ability to survive may be more a consequence of their own unimportance than anything else. 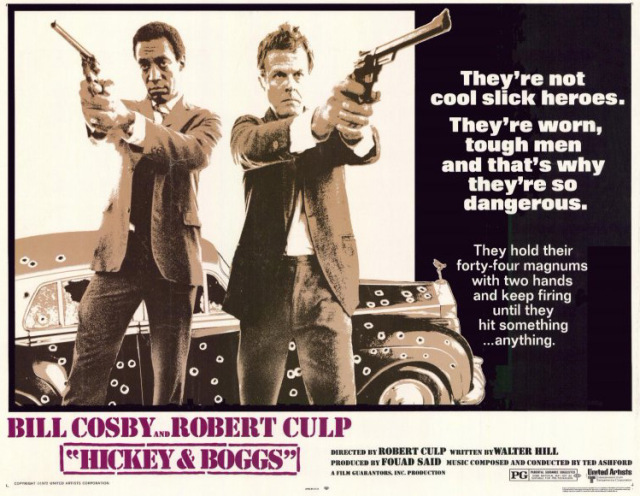 But the film not only subverts the inherent romance of much PI fiction; it's also pretty much a slap in the face to the notions of what film noir is supposed to be. Gone are the crowded and claustrophobic play of light and shadows so beloved of classic film noir; instead much of Hickey and Boggs is played out in light-bleached emptiness: deserted stadiums and parking lots, desolate beaches, and the wide-open (and eerily deserted) city streets of Los Angeles.

Culp's low-key direction is deft and spot-on, and the film remains, even now, powerful and unsettling. Perhaps too unsettling—the film is almost forgotten these days and rarely seen on television. A possibly bootlegged DVD release from a few years ago, a grainy blurry mess, quietly appeared and then even more quietly disappeared, and there seem to be no plans to re-release it.

Why it remains unreleased or obscure is a mystery. Too bleak, too vicious? Or did it just conflict with Cosby's subsequent career as a family-friendly comedian and pitchman? Still, never say never. iTunes currently has an excellent and clear-cut transfer of the film available to rent or download.