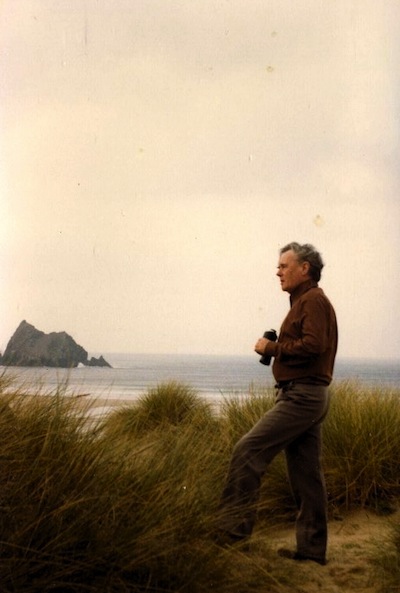 Although he enjoyed a long and successful career culminating in a popular TV series based on his thoughtful Superintendent Wycliffe novels, W.J. Burley has attracted surprisingly little critical attention. Here are some reasons to seek out his work.

Photo courtesy of the W.J. Burley website and ©Alan Burley.

W.J. Burley is best known for the novels featuring Chief Superintendent Wycliffe, which form the most notable detective series ever to have been set in Burley’s beautiful native county, Cornwall. Yet when he died in 2002, Burley’s passing was scarcely noticed in the crime fiction world, a mystery in itself.

The solution to the puzzle lies in Burley’s private nature. He was for many years a member of the Crime Writers’ Association, but he never involved himself in its activities and seems to have spent little time socialising with fellow mystery novelists. He seldom sought personal publicity after turning to fiction, relatively late: he was 52 when his first novel, A Taste of Power, was published in 1966.

The book received relatively scant attention, but it launched a career that was to last for three and a half decades. Throughout that time, Burley’s main preoccupation was to develop his craft. Almost alone amongst major British crime writers, he modeled his style on that of Georges Simenon, whose work he much admired. His books, like Simenon’s, were short and crisply written, but unlike the Belgian master, he did not write full-time until retiring from his career as a teacher.

Intensely self-critical, Burley confessed in Twentieth Century Crime and Mystery Writers that he had “never felt very happy with my books—they seemed rather too derivative, following too closely an established pattern.” By that time, Wycliffe was already well-established, but Burley resolved “to break new ground.” He said of Charles and Elizabeth, a Gothic novel of suspense published in 1979: “For the first time I feel that I have written a book which offers something a little different.” Yet despite his efforts to break away from the constraints of formula, he kept returning to Wycliffe, and as the series progressed it displayed an increasing assurance of style. Happily, Burley’s reputation is likely to benefit from the creation of a new and impressive website by a Cornwall-based enthusiast, Mario de Pace. So this is perhaps an opportune moment to take another look at his career.

William John Burley (known as John) was born in the pretty port of Falmouth in 1914. Married with two sons, he worked as an engineer before seizing the opportunity to change direction and study zoology as a mature student at Oxford University. At Oxford, he attended Balliol College, best known to mystery lovers as the alma mater of Lord Peter Wimsey. (Balliol has produced close to 40 writers of crime fiction over the years.) Afterwards, Burley taught biology at Newquay School. 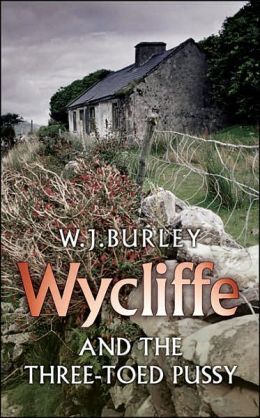 Like many teachers, he was meticulous in his habits. When he bought a book for his personal library, he not only wrote his name inside it, but also recorded the date of acquisition. Such attention to detail is an excellent qualification for an author of tightly plotted traditional mysteries. Burley went further by compiling “plot books” with plans for his stories. These make fascinating reading and extracts can be seen on the website, which also contains informative material about Burley’s unfinished work—he remained a committed writer up to the very end of his life.

Burley began with books about an amateur detective before deciding to concentrate on the unfolding career of a professional policeman. A Taste of Power involved poison pen letters in a school setting and introduced Henry Pym. Henry is a zoologist with a keen interest in murder and a convenient friendship with senior police officer, Detective Superintendent Judd.

Pym reappears in Death in Willow Pattern (1969), a high-spirited example of the traditional detective novel that, shorn of a few modern touches, might have been published 30 years earlier. Pym is invited, along with his glamorous secretary Susan, to spend Christmas at Peel Place, a Cornish mansion steeped in dark legends. His host, Sir Francis Leigh, wants his advice on the disposal of antiquarian books and manuscripts, but it soon emerges that Sir Francis may have an ulterior motive for asking Pym to stay. A couple of local girls have gone missing and there are hints that Sir Francis may have inherited the esoteric sexual tastes of a notorious ancestor.

“Crime isn’t a chess problem,” Pym tells Susan. “There can be no dependence on mathematical logic as a tool for unravelling the workings of the human mind.” This is hardly the credo of a disciple of Sherlock Holmes, and Burley seems to have realised that the classic whodunit form was unlikely to give him the scope he needed to explore criminal psychology. So Henry was abandoned—the hint at the end of the book is that he will marry Susan—and Wycliffe, who had made his bow in Three-Toed Pussy (1968), moved on to centre stage in To Kill a Cat (1970).

Burley explained in 1991 that he wanted Wycliffe “to be diligent but compassionate, earnest but with a wry sense of humour, and sufficiently idiosyncratic to be interesting.” He also said, “My next five books exploited the Wycliffe character and three of them, Guilt-Edged, Wycliffe and the Pea-Green Boat, and Wycliffe and the Schoolgirls, adopted a more psychological approach. This trend culminated in The Schoolmaster, a non-Wycliffe crime story which tells how a sensitive, introspective schoolmaster with a load of guilt finds his way to some sort of salvation.”

One senses that Burley, like so many crime writers, was torn between concentrating on his series and venturing into other territories. For him, the Wycliffe books were not a mere refuge from more testing challenges; he was keen to lift his series above the formulaic. Yet from time to time he succumbed to the urge to try something different. In 1978, he even tried his hand at a different genre. The Sixth Day is a little-known science fiction novel (which is unlikely to become better known unless someone reprints it—the price of the first and only edition are prohibitive to all but the most passionate fan) and he did not repeat the experiment. After The House of Care (1980), which treats the tangled relationships of the Care family in another Cornwall-based Gothic mystery, he seems to have decided to stick to Wycliffe.

This decision was finally vindicated when he was over 80 and HTV, on the strength of a successful pilot show, decided to produce a series about Wycliffe, with the detective played by an excellent, edgy actor, Jack Shepherd. The glamorous Cornish locations may well have attracted the television moguls even more than the mystery puzzles, but the results were consistently watchable and attracted high viewer ratings. Burley preferred the original scripts based on his characters to those adapted from his own novels: “The breakdown in structure involved with adaptation seemed to lose much of the point of the books.” 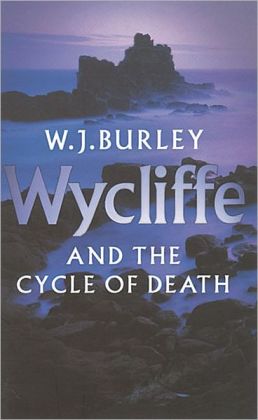 Burley summed up his work thus:

Most of my books are set in the far southwest, and they are concerned with the tensions which arise within small groups of people who live or work together in close proximity—the family in a country house; the partners in a family business; the people living in a village street or town square. My criminals are never professionals but ordinary people who feel driven by repressed emotions of fear, hatred or jealousy to commit crimes which in other circumstances they would find unthinkable. In my more recent books I have used actual locations in Cornwall and Devon, confusing the topography slightly in order to avoid the risk of seeming to represent actual people.

The rural settings suit Burley’s low-key style and offer further confirmation of Sherlock Holmes’ belief, expressed in “The Copper Beeches,” that “the lowest and vilest alleys in London do not present a more dreadful record of sin than does the smiling and beautiful countryside.” By focusing on a region he knew intimately, Burley evoked atmosphere with an insider’s sure touch.

In Burley’s books, the policeman’s lot is far from glamorous. Wycliffe is much given to introspection, especially as a tough case draws to a conclusion. Take, for instance, this passage from the final page of Wycliffe and the Schoolgirls (1976):

Wycliffe went up to his office and stood by the window in the darkness. He was trying to come to terms with himself. Why had he subjected [the culprit] to an interrogation which served no recognised professional end? Out of curiosity? If that meant that he needed to understand. Surely that was more important than knowing about the electrostatic detection of footprints or the latest methods of recording and analysing the statistics of crime.

It is this need to understand the psychological make-up of murderers that drives his detective work. The mood as he solves a mystery is not triumphalist but melancholy, verging on the anticlimactic, and occasionally judgmental. At the end of Wycliffe and the Winsor Blue (1987), he reflects that the killer’s need for a scapegoat “excluded every other consideration. That to me is wickedness. There is no other word.” In the final pages of Wycliffe and the Four Jacks (1985), “the atmosphere in the Incident Room was lethargic, deflated, the process of winding down had started.” Brooding, Wycliffe says to his attractive sidekick Lucy Lane, “That’s what this case has been about—people who have never grown up.” In Wycliffe and the Dunes Mystery (1993) the scene is domestic but equally downbeat:

The Wycliffes were in their living room. Outside the light was fading, the curtains were undrawn and in the garden shapes and shadows merged in the melancholy twilight. It suited Wycliffe’s mood. As often before when an investigation culminated in an arrest, he was experiencing a feeling of anticlimax, even of futility.

Downbeat, yes, but not depressing. Thoughtful seems to me to be the right word to describe Charles Wycliffe and the books about him. For readers prepared to have their own thoughts provoked, there is much in the novels to relish. 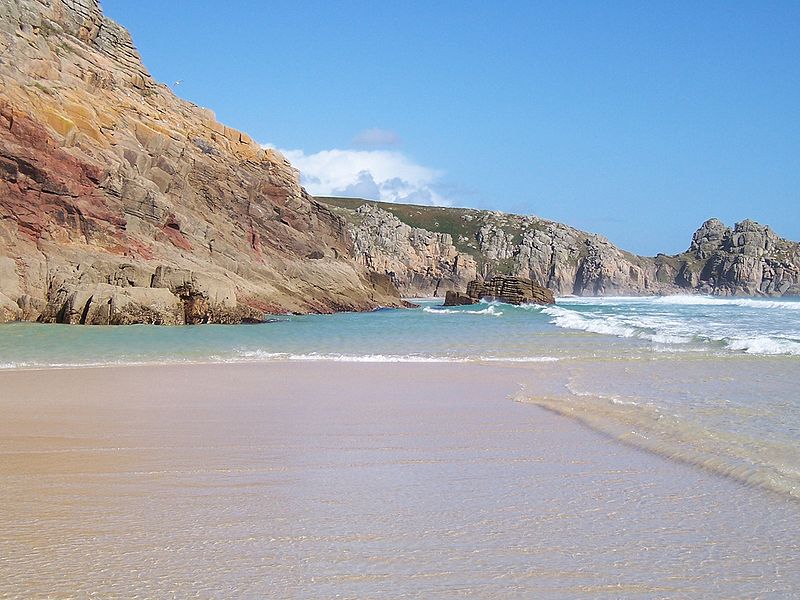 Inevitably, Burley’s bleak yet clear-eyed perspective of human nature does not always make for comfortable, light entertainment. Wycliffe is nothing like Marlowe, Wimsey, or even Inspector Morse. He is a pragmatist first and foremost—and all the more credible a human being for it. We are told in Wycliffe and the Cycle of Death (1990) that the detective “believed the criminal law should aim at damage limitation rather than at some abstraction called justice.”

The plots of Burley’s books are competently constructed, but for him the exploration of criminal motivation is much more important than the weaving of an ingenious puzzle. Although he does not go in for fireworks—he is scarcely as witty as Reginald Hill, and his stories lack the bizarre originality of Ruth Rendell—his economical style makes for vivid characterisation, a lively pace, and contributes to a rapid and enjoyable read.

And then, perhaps above all, there is the romantic peninsula of Cornwall, evoked lovingly but without resorting to sentimentality or purple prose. Forget the travel brochures. If you seek a vivid portrayal of this varied and fascinating English county, with its old tin mines and its sandy beaches, you can do no better than reach for the books of W.J. Burley.