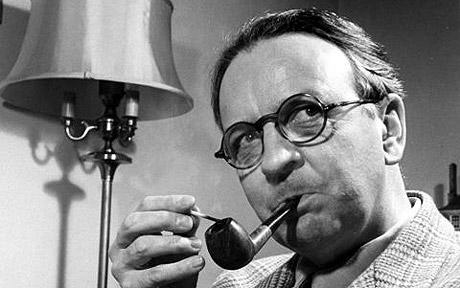 I tend to think not.

This past week it was announced that Raymond Chandler’s creation, who is one of the world’s most identifiable private eyes, will return in a novel to be written by John Banville; publication date is slated for 2013 by Henry Holt. (Chandler is at left.)

The novel will be published under the name of Benjamin Black, the psydenum that Banville uses when he is writing a mystery. The Chandler reboot will be set in the 1940s in Marlowe’s fictional town of Bay City, Calif.

My first question was, “Why?” And that also was my second, third and fourth question.

Chandler left us seven solid novels that looked at society and the ills that men do through the eyes of Philip Marlowe. These are iconic novels that never go out of style and are still read by crime fiction fans.

Those books are: The Big Sleep, Farewell, My Lovely, The High Window, The Lady in the Lake, The Little Sister, The Long Goodbye and Playback, his final novel published in 1958, the year before Chandler’s death. I have read each of them several times and each time I have found something new I hadn’t noticed before.

Chandler’s prose was lovely, crisp, to the point and his characters believable.

Snippets from Chandler’s novels continue to inspire us, amuse us and entertain us:

“It was a blonde. A blonde to make a bishop kick a hole in a stained-glass window.”

“I needed a drink, I needed a lot of life insurance, I needed a vacation, I needed a home in the country. What I had was a coat, a hat and a gun. I put them on and went out of the room.”

“To say goodbye is to die a little.”

“It seemed like a nice neighborhood to have bad habits in.”

“There was a desert wind blowing that night. It was one of those hot dry Santa Anas that come down through the mountain passes and curl your hair and make your nerves jump and your skin itch. On nights like that, every booze party ends in a fight. Meek little wives feel the edge of the carving knife and study their husbands' necks. Anything can happen. You can even get a full glass of beer at a cocktail lounge.”

In his essay The Simple Art of Murder, Chandler gave us a wonderful template for the detective novel.

“But down these mean streets a man must go who is not himself mean, who is neither tarnished nor afraid….

"He must be the best man in his world and a good enough man for any world. I do not care much about his private life; he is neither a eunuch nor a satyr; I think he might seduce a duchess and I am quite sure he would not spoil a virgin; if he is a man of honor in one thing, he is that in all things.”

The Simple Art of Murder

That template has been read, studied and, thankfully, completely ignored by future generations of writers. I say thankfully ignored because the crime novel has gone places that Chandler could never have imagined with even richer stories, more in-depth characters and a view of contemporary society.

I doubt Chandler ever envisioned the rise of the female detective and how women would change the face of crime fiction for the better. I doubt he ever envisioned detectives who are African Americans, Asian, gay or even from other countries. The authors who write about these detectives and amateur sleuths have made the genre so much richer by their contributions.

We have all we need of Chandler’s work, and done by the master himself.

Trying to recreate Chandler’s novels has been done before and not that successfully. In 1989, Robert B. Parker was asked by the estate of Raymond Chandler to complete Poodle Springs, a novel that Chandler had started the first four chapters but was unfinished when he died.

Poodle Springs is not a favorite of mine by any stretch. Parker, who admired Chandler, should have been able to deliver a seamless Poodle Springs but the novel never gelled. 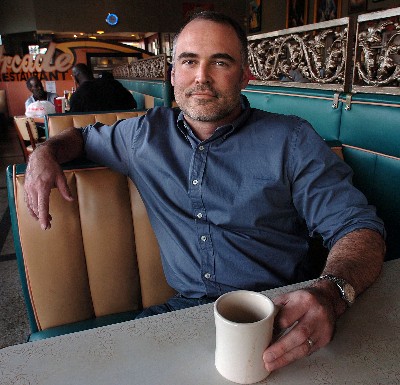 Conversely, Ace Atkins, at left, has been able to pick up Parker’s Spenser with ease and grace, as witnessed in the novel Lullaby.

Perhaps Atkins’ Lullaby worked because Parker’s death in 2010 was so sudden and Parker’s novels were so fresh work in our minds.

This generation of readers hasn’t been without a Parker novel since 1973 when The Godwulf Manuscript was published.

More likely, Lullaby worked because Atkins is a skilled writer who was up to the challenge of continuing Parker’s novels.

I make no predictions whether Banville/Black is up to the challenge. Yes, I know he is a Booker Prize-winning author but his mysteries written as Benjamin Black really are not in the style of Chandler, whose estate has authorized the new Marlowe novel. As Black, the author’s latest novel is the newly released Vengeance, from Holt.

Besides, we already have enough mystery writers who are turning out excellent crime fiction.

Let’s let the master’s work stand on its own.