“If...you can't be a good example, then you'll just have to be a horrible warning.“

—Inspector C.D. Sloan to Detective-Constable Crosby, His Burial Too, 1973, by Catherine Aird

Patricia Moyes: Putting the "Who" Back in the Whodunit
Katherine Hall Page 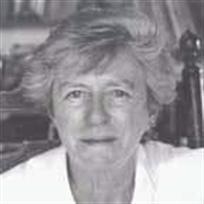 For a writer, all is fodder, but few have as rich a life to draw upon as Patricia Moyes did. Before her death at age 77 in 2000, Moyes wrote 19 Henry Tibbett mysteries, as well as numerous short stories featuring the Scotland Yard detective and his wife, Emmy. Following in their creator’s footsteps, Henry and Emmy investigate crimes in Switzerland, Holland, Italy, London, Washington, D.C., the Isle of Wight, the Caribbean, and numerous villages, country houses, and sea-coast locales in England. The Guardian’s obituary of Patricia Moyes noted, “The books were written in the well-established tradition of British detective fiction in which solving the crime is the focus rather than the crime itself.” Vivian Mort, in an early review in the Chicago Tribune, dubbed Moyes as “the writer who put the ‘who’ back in the whodunit” and the apt phrase stuck throughout Moyes’ successful writing career.

Chief Inspector, and later Detective Chief Superintendent, Henry Tibbett is the kind of man easily overlooked, remaining throughout the books, “mild-looking, sandy-haired” and “middle-aged.” Rather than working against him, his appearance provides him with an advantage as his remarkable skills, his “nose,” as Moyes puts it, are invariably underestimated by his opponents. His wife Emmy is an astute judge of character herself, and the type of “comfortable” woman with an extra pound or two to whom others often find themselves confiding their deepest secrets. The Tibbetts are one of mystery fiction’s most engaging sleuth couples. 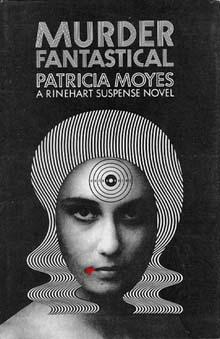 Starting with Dead Men Don’t Ski (1959)—written on a whim while she was recovering from a ski accident in France—and ending with Twice in a Blue Moon (1993), Moyes created intricate plots, highly ingenious ways to kill someone, and unforgettable characters. These last are often broadly comic: Lady Crystal Balaclava with her country estate, Foxes’ Trot, Plumley Green, Surrey and the eccentric Manciple family of Cregwell Grange. Moyes’ description in Murder Fantastical of Bishop Edwin Manciple’s call on a new neighbor to borrow some margarine attired in “an old-fashioned bathing costume…Wellington boots…carrying a flowered Japanese sunshade, a clarinet, and a string bag” while on his way to the river for a dip is priceless.

Other characters are memorable for their finely drawn humanity—Lucy Pontefract- Deacon and Sir Edward Ironmonger in the Seaward Island books; and Tibbett’s loyal Watson, Inspector Derek Reynolds, who very happily does get the girl in the end in Twice in a Blue Moon.

An astute observer, Moyes also had a gift for expressing these observations such as in this passage from Murder Fantastical: “…a selection of Cregwell’s citizens were standing and staring with that impenetrable inertia which descends on the English, like a cloak of invisibility, when they wish to observe events without being personally implicated.”

Patricia Parkenham-Walsh, known as Penny, was born in Bray, County Wicklow, Ireland. Her father was a judge on the High Court in Madras, India. Penny was raised in England, however. In 1939 she added a year to her age and joined the Women’s Auxiliary Air Force (WAAF), becoming a radar operator and flight officer. This experience later served as the basis for Johnny Under Ground in which the disappearance of an RAF hero while on a raid becomes linked to a present day murder. Emmy Tibbett, ex-WAAF and endowed with Moyes’ expertise, becomes perilously involved. Her knowledge of the way radar systems worked provides the key to the solution. 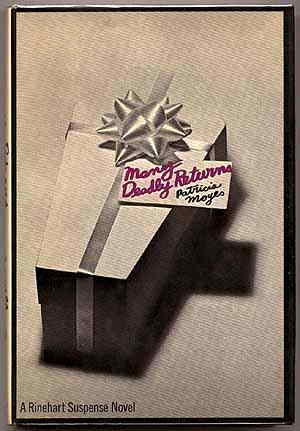 Penny Moyes had always wanted to be a writer. When she heard that the Air Ministry was looking for someone with radar experience and experience writing screenplays for an RAF documentary, she regretted that she possessed only half the qualifications. She didn’t know her commanding officer had submitted her name. She got the job and the film, School for Secrets, was the start of her association with Peter Ustinov, the actor and director. After the war, she worked as his assistant for eight years. Their most notable collaboration was the script for the classic British comedy School for Scoundrels, starring Ian Carmichael, Terry-Thomas, and Alastair Sim. Her book Falling Star involves a tragic accident on a film set, an accident that of course turns out to be murder. Once again, the solution hinges on insider knowledge—this time the way in which a prop could be employed.

In his autobiography, Dear Me, Peter Ustinov wrote about his assistant, “She is now a busy and successful writer of detective stories under her married name of Patricia Moyes, and I like to think that she discovered her ability while heroically dealing with the many problems of my own creation.” (p. 240). It is also clear that Moyes’ sense of humor must have helped.

During her next job as an assistant editor for British Vogue (Murder à la Mode was the happy later result), Moyes also translated Jean Anouilh’s play Léocadia. It was produced on Broadway in 1957 starring Richard Burton, Helen Hayes, and Susan Straberg as Time Remembered, and garnered several Tonys. The success of Time Remembered enabled Moyes to leave Vogue and start writing mysteries. 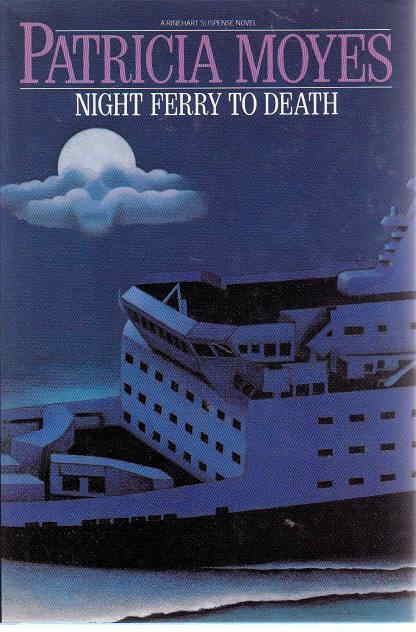 Her marriage to the photographer John Moyes ended in 1959, and in 1962 she married James Haszard, a lawyer and interpreter at the International Court of Justice in The Hague. They lived in an 18th-century house on the Rhine and her years in Holland resulted in Death and the Dutch Uncle, Night Ferry to Death, and provided the murder weapon for Many Deadly Returns (what does keep all those flowers from Holland so fresh?). In addition, her husband’s job provided the background for Murder on the Agenda, set in Geneva during an international conference at the Palais des Nations.

Penny Moyes and her husband were avid sailors and skiers, as are Henry and Emmy Tibbett. Dead Men Don’t Ski, Down Among the Dead Men, and other books draw on this passion. The Tibbetts live in the ground floor flat of a modest Victorian house between Fulham and Chelsea, but they know both fine wines and gourmet food. When the International Monetary Fund in Washington, D.C., offered John Hazard a job in the early 1970s, his acceptance was conditional upon his employer transporting the couple, and their boat, wine cellar, and cats to the US. One assumes that faced with similar circumstances, Henry and Emmy would act the same way.

When Moyes’ husband retired, the couple moved to Virgin Gorda and she remained there after his death until her own. Penny set some of the most vivid books of her career in the Caribbean, creating the fictional islands of Tampica, St. Mark’s, and St. Matthew’s. In The Coconut Killings, Black Widower, Angel Death, and Black Girl, White Girl, the lush locales are more than matched by the suspenseful plots, including Tibbett’s capture by modern-day pirates. 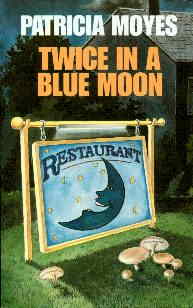 Many of Moyes’ US readers had the pleasure of meeting her at Malice Domestic or when she was on a book tour. She was the Guest of Honor at Malice II and received Malice’s Lifetime Achievement Award in 1999. She often toured with Sarah Caudwell (1939-2000, author of the Hilary Tamar series). The two had similar senses of humor—happily, since Caudwell’s first comment upon meeting Moyes in person was, “You’re so good I thought you were dead.” Penny described their book tours as laughing their way across the United States. Both were writing mysteries in the classic British tradition with plots that displayed their ingenuity and prose that demonstrated a consummate use of language. However, Caudwell famously lacked Moyes’ practicality, an essential trait that insured they arrived at events on time. During one tour, Sarah Caudwell lost her passport, return ticket, traveler’s checks, and raincoat all at once. Penny was worried; Sarah wasn’t. The items did, in fact, reappear. Moyes noted, “Sarah might have been less calm if she’d lost her pipe” (The Guardian).

Patricia Moyes’ body of work was informed, occassionally transformed, by many of her own life experiences coupled with her unique imagination. We remain her beneficiaries and will be able to enjoy this legacy more readily in the near future. Enid and Tom Schantz of Rue Morgue Press are hoping to reprint some of the titles—an exciting prospect for new readers and established fans alike. Patricia Moyes would have been thrilled.

Katherine Hall Page has been awarded Agathas in three categories: Best First, Best Novel, and Best Short Story. Her latest book is The Body in the Boudoir.

"To Sherlock Holmes, she is always the woman."

—Dr. Watson commenting on Irene Adler, in "A Scandal in Bohemia," The Adventures of Sherlock Holmes, 1892, by Arthur Conan Doyle