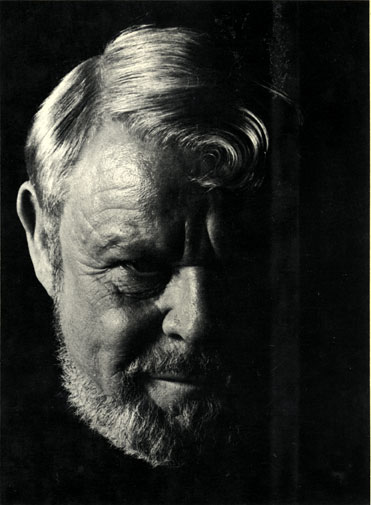 Scotch, smokes, pills, and women—fuel for the sophisticated, amusing and urbane stories of Henry Kane.

Henry Kane’s pretty much forgotten these days, with all his work out of print. You can Google him, as I did, and you’ll unearth a great deal of information that way, some of it true. And you can find copies of his books on eBay and Amazon and other used-book sources. He wrote over 60 novels, and while none of them hit any bestseller lists, there were enough copies printed so that some survive.

He was born in 1918, earned a law degree, but if he ever practiced the profession he gave it up when he found he could make a living with a typewriter. He wrote a great deal over the years for radio and television, and probably created the series Martin Kane, Private Eye, which had a good run on both media. The Blake Edwards TV show, Peter Gunn, was clearly inspired by Kane’s series of books about one Peter Chambers, though Kane never got any official credit.

I read his stories in Manhunt, and his books, when I began trying to write crime fiction of my own. In the first or the third person, Kane wrote with no apparent effort and produced narrative that was sophisticated, amusing, and urbane. I haven’t read anything of his in ages, and the books I once owned have long since moved on to other owners, but I remember having enjoyed them all.

I came to know him through our mutual agent, another Henry—Henry Morrison. I spoke with Henry Morrison recently, and learned that it was at HK’s urging that HM opened up shop as an agent back in the mid-'60s.

HM had decided to part company with Scott Meredith, for whom he’d worked for almost ten years, and was planning to sign on as an editor at a paperback house. He said as much to Kane, who took him out to dinner and told him he was making a mistake and wasting years of great experience. He should open his own agency, Kane said, and that way he’d be doing what he was best suited to do, and working for himself, and would no doubt blossom as an excellent agent.

And would Kane go with him?

“No,” said Henry Kane. “Because you might not make it, and then where would I be? But set up on your own, and get yourself some clients, and if you’re still in business a year later, then I’ll go with you.”

And that’s what happened. Henry Morrison became a successful agent, and after a year Henry Kane became his client, and never left. I met Kane a couple of times when we were both visiting HM’s office to drop off a manuscript or pick up a check, and in the early ’70s we got to know each other. I was living on 22 acres outside of Lambertville, New Jersey, and had a fourth-floor walkup studio on West 35th Street between Fifth and Sixth Avenues that I used for writing and adultery. (I was far more successful at the former pursuit, and wrote several books there, including Ronald Rabbit Is a Dirty Old Man and Chip Harrison Scores Again.) Henry Kane lived on Long Island—Lido Beach, if memory serves—and spent Monday through Friday in an apartment on 34th Street west of Ninth Avenue.

I paid a few visits to his pied-à-terre, and had some good conversations. He took his work seriously, and insisted that each page be perfectly typed before he went on to the next one. He began the work day by swallowing a Dexamil capsule, and after a certain number of hours at the typewriter he’d pour himself a little Scotch to soften the edge of the speed. He’d sit there typing and chain-smoking and sipping Scotch until the day’s work was done, and then he’d go out for dinner and a night on the town. 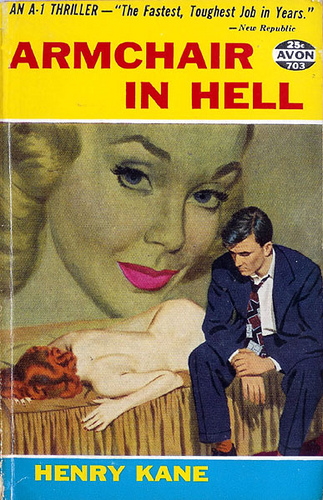 Uh, don’t try this at home.

At one point, according to Kane, his wife began to worry that his lifestyle was going to kill him. She got him to go to a doctor, who put him through a thorough physical. When the results were in, the three sat down together, and Mrs. Kane waited for the doctor to put the fear of God into her husband.

“I understand you drink,” the doctor said.

“About a quart a day. Sometimes more, if I make a night of it.”

“And you smoke cigarettes.”

“And you take Dexedrine.”

“As prescribed,” said Kane. “A pill every morning. Sometimes, but not often, a second pill as a sort of pick-me-up.”

“Tell him,” said Kane’s wife. “Tell him what he’s doing to himself. Tell him he absolutely has to stop.”

“Ah,” said the doctor. “Well, Mr. Kane, I have to say you’re in perfect health. I wouldn’t recommend your regimen to anybody else, but it seems to be serving you well.”

That, at least, is how Kane recounted the incident to me, with enormous glee. I suspect what the doctor said was more along the lines of "Well, it hasn’t killed you yet"—but one hears what one wants to hear.

But I’ll say it again: Don’t try this at home.