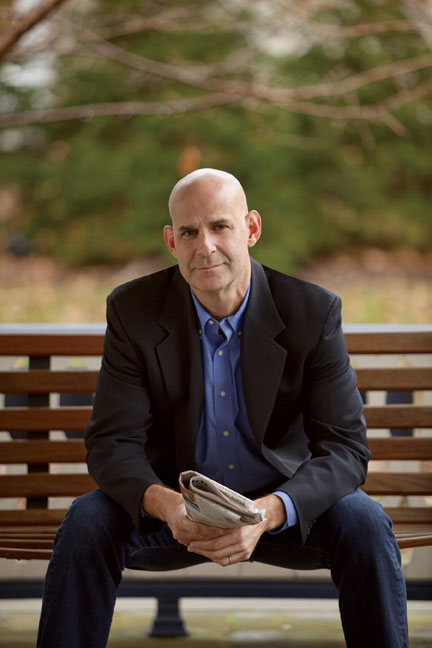 Harlan Coben, the first author to win the mystery Triple Crown—the Edgar, Shamus and Anthony Awards—initially began gathering readers to his cause with his critically acclaimed novels about sleuthing sports agent Myron Bolitar. The series proved so popular that in 1998 (with One False Move) it made the alpine-high leap from paperback into hardcover.

In 2001, Coben’s standalone thriller, Tell No One, propelled him onto bestseller lists across the country. It and two subsequent suspense novels, Gone for Good and No Second Chance, have elevated him to international bestsellerdom, with editions appearing in over thirty countries and in 28 languages.

His newest book, Just One Look, is a genuine nail-biter destined to keep his fans happily enthralled. In it, a self-sufficient mother of two is forced to do battle against sadistic killers, charming mobsters, and patronizing cops while solving a tricky puzzle in an effort to rescue her kidnapped husband. Like the author’s other bestsellers, it is set in New Jersey, not far from the neighborhood in which he lives with his pediatrician wife, Anne, and their four children.

Dick Lochte for Mystery Scene: I guess the lesson to be learned from the success of your novels is that one should never underestimate the fascination people the world over have for New Jersey.

And there are the Janet Evanovich books.

In Newark. I grew up in Livingston, about eight miles away. Classically middle-class suburbs. The house in Gone for Good was actually my house. The neighborhood was the same. Myron Bolitar also lived in a house in Livingston.

You studied at Amherst.

I was a political science major. That’s a euphemism for “I have no idea what to do with my life.” I was accepted by the law schools at University of Chicago and Columbia. I deferred them for a year, then two years and never got around to going. Thank God.

Did you and your wife meet at college?

Yeah. We met on the basketball court. We both started that year. Different teams, of course. I was a sophomore. She was a freshman. I’m 42 now and we’ve been together since I was 20.

Tell us a little about her.

Her name is Anne. Actually, she uses Anne Armstrong-Coben. She’s a pediatrician. She was an inner-city pediatrician, like my lead character in Tell No One. Easy research. Then she started working for a runaway shelter, Covenant House. The character in Gone for Good worked at Covenant House. I needed her to get a new job so I’d have a new subject for a book. 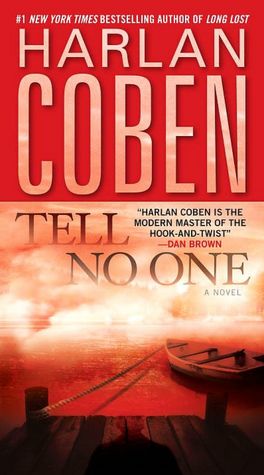 You have four children.

Right. Charlotte is ten. Ben is going to be seven in June. Will is five and Eve is nearly three. No jobs yet. They all still live at home. But the nearly seven-year-old is kinda independent and we’re hoping he’ll have his own place soon.

What’s a typical day for you?

I try to get them all to their programs by 8:30. Then I go to a coffee shop or a library and write. If I have a good day, I’ll write until noon, then come home and fix lunch and get some of the business stuff taken care of. With luck, I’ll have another couple of hours to write before they come home from school. Or I won’t. When I’m streaking, toward the end of the book, I can write a lot very quickly. You know how it is. I’ve got to see the thing. Get it out. Then I’ll just lock myself in a room. I’ll explain, “You don’t want to go near Daddy now.” They understand. It only happens once a year.

When did you start writing?

In college. During summers, I was a travel guide in Spain. Not because I’m a brilliant linguist but because my grandfather owned a travel company. So I decided to write a book about those experiences. It’s a terrible, pompous, pretentious, self-absorbed first novel that’s sitting in a drawer somewhere. I worked for that same travel company after I graduated in 1984. My job was to set up all these trips. Three days Rome, two days Florence, two days Venice-type of trips. I’d do the brochures, too. I did that for eight years.

And you wrote your first two books—the ones not mentioned in the front of your current books—during this period?

Right. One was a romantic suspense thriller and the other was a medical thriller.

The first was Play Dead?

That’s correct. If you’ve got a copy of it, then you’ve been in my basement. People show up at signings with them. They’re worth a fortune now. I think about eight were sold. The second, Miracle Cure, was about a major sports figure coming down with AIDS. It was published about a month before Magic Johnson went public. For that reason, Sports Illustrated did something with it which spiked the sale of the book. All 400 copies sold.

Nobody’s trying to reprint them?

I get offers. But right now when I’m establishing a reputation, I’d like my books to reflect the best work that I can do. You remember that essay you wrote in college that you thought was so brilliant? Get it out now and take a look at it. That’s sort of how I feel about these books. Probably somewhere down the line I’ll bring ‘em back, but right now I’m not sure I want the reading public judging me by books that were written by a 26-year-old me.

Where did the idea for the Myron Bolitar books come from?

Actually, it came from an agent I used to have. He suggested I write a series about a sports agent. At the time, 1993, he thought I should make it a female sports agent. What you’d call jumping on a trend. I went home and tried that and it just didn’t work. But Myron was there. A lot of him is me and a lot is my wish-fulfillment. We have the same sensibilities. I gave him something I always wanted and denied him something I have that he always wanted. He wanted the family and home life in the ‘burbs that I have. And I wanted my parents and the continuing relationship that he has.

The series began as Dell paperbacks with infamously ugly covers.

The bleeding-balls covers. The worst covers ever.

As I recall you did a lot of hand-selling of those books.

I would try to get the mystery-store booksellers to read ten pages. The first Myron book had an advance of $5,000 and a print run of 15,000. In paperback. That’s starting about as low as you can start. It was lucky enough to get a couple of nominations. And a weird kind of word of mouth developed. 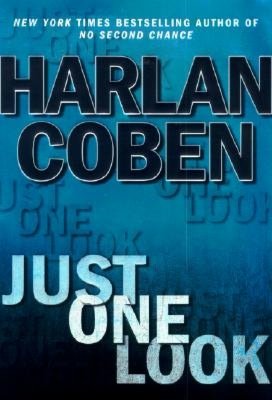 You began the one-offs with Tell No One, which I think you said at the time was your most successful book.

It was the breakout book. It sold astronomically better than the other books. Part of it was the fact that, with the other books, the hero was a sports agent and the non-sports-minded reader, no matter what he or she would hear about the book, their resistance would be too great. Tell No One was a bigger book, in the sense that its idea was really catchy and people were more willing to give it a try. My publisher thought it would sell a little better than the Myron books, but not that much better. Then they started getting a lot of good early reads and Borders and Barnes & Noble started to respond and slowly it began to grow. Usually, if the book is a major success, you open big and then you level and go slowly down. But Tell No One built and hit the New York Times list three weeks after publication. Everybody at the house got caught short. They went back to press nine times during the first weeks.

Have you stayed with the same publishing house?

I was with them for six of the seven Myrons. Then they combined Dell and Bantam and fired my publisher at Dell. She stole me back and now I’m at Dutton with her.

Your novels are unique in that they’re set in the suburbs with protagonists who are family men, or in the case of Just One Look, a family woman. Yet, you’re still writing what is considered a Big Book.

That was one of the things that scared me. When I decided to write a standalone, I read a lot of Big Books. They all had these plots about world-shaking conspiracies. I just don’t like that. So that was the challenge: Could I write about an ordinary man, with family bonds and ties, and still make that book big enough to work?

Tell me where your ideas come from. Just One Look, for example?

I was picking up a roll of pictures that had just been developed and, for a second, I didn’t recognize one of the shots. That got me wondering: What would I do if there had been a strange picture in there that changed my life? That was the seed of the book. My beginning. I always know the beginning of the book and the end of the book. I never know anything in between.

Grace Lawson shows the odd photo to her husband. He drives off in the middle of the night, leaving her to deal with the nightmare to come. The Myrons and the other standalones all have male protagonists. Why’d you decide to change?

I wanted to do a female lead. I hadn’t done that since the early, early, early books—Play Dead and Miracle Cure. I wanted to make sure it wouldn’t be your usual stupid woman-in-jeopardy situation, where she would be naïve to the point of it being a learning disability. Grace is a professional woman, an artist, the mother of two. She’s not going to be climbing through windows into a house where the bad guys might be waiting. The challenge was to come up with a way to put her in jeopardy without insulting her.

Enter the spectacularly evil Eric Wu, a sociopathic villain who doesn’t give his victims any warning before he acts.

He’s my only returning villain. He was also in the novel Tell No One. Here, he’s just out of prison, where he was sent at the end of that book.

Speaking of Tell No One, when we talked a while ago, that novel had been optioned for film. Anything happening?

It was the subject of a big four-studio auction. It was going to start filming last June. It was going to start filming last November. Then it reverted to me, briefly. I just made what my agent says is one of the biggest deals he’s heard of with a French company. Tell No One has been on the lists over there for a year. It’s like I’m the Jerry Lewis of mystery writers. Guillaume Canet, who directed a terrific movie, My Idol, will be doing it. 20th Century Fox is still very interested in a Myron series, but I’m moving on that very cautiously.

Myron appears briefly and namelessly in the new novel. When will he be leading the action again? The next book?

No. I do have an idea for another Myron. But it won’t be the next book. 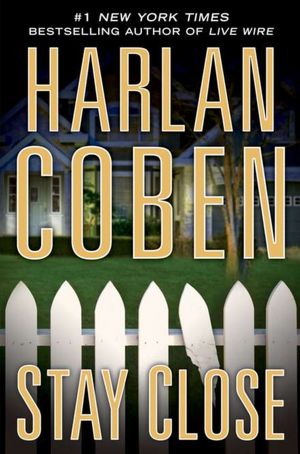