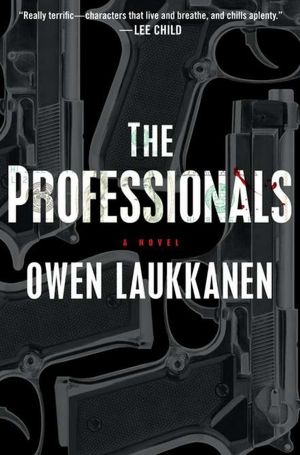 Facing a lousy economy and a bleak future in unsatisfying work, four college friends turn to pulling a series of small kidnapping jobs with just enough payoff to fund a really early retirement without attracting unwanted attention. Their leader, Arthur Pender, thinks the plan is flawless and figures they’ll do fine as long as they keep their heads and play it cool. However, things go sour when they kidnap the wrong man, one whose wife has mob connections. Soon the would-be professionals are on the run, caught between mobsters seeking payback and Carla Windermere, a young up-and-coming, hotshot FBI agent, and her partner, the veteran state investigator Kirk Stevens.

The Professionals is a rousing chase, with some great characters and agonizing suspense. And in the end, Laukkanen’s thriller lays bare the stark question of where our humanity fits in with the choices we make in our pursuit to be the consummate professional.

When four college-age kindappers pick the wrong victim, it's a whole new, dangerous league of crime.