"Quoting, like smoking, is a dirty habit to which I am devoted." 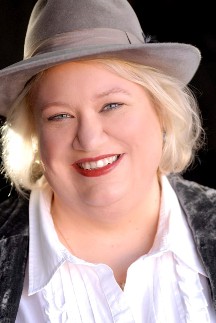 My interview with Kelli, left, starts with a walking tour of Chinatown in San Francisco, continues during a two-hour lunch of dim sum and continues with another trip through Chinatown.

I never ate so well during an interview. And while I had a wonderful time talking with Kelli—and enjoying the wonderful dim sum—the walking tour was just as valuable. Kelli gave me an upclose and personal view of the Chinatown setting for her Miranda Corbie novel City of Dragons. (Stanely's next San Francisco-based novel is City of Secrets, which comes out in September.)

I've been to San Francisco several times—it is one of my favorite American cities. And Chinatown is a must-stop on each of those trips. But this was the first time I glimpsed some of the side streets with all its colorful aspects. The click of mah jong tiles from behind the screen doors in the basements. The laundry that hangs from some of the balconies. The cooking smells that come from bakeries, restaurants and apartments. All that shows up in City of Dragons.

Kelli gave me a view of Chinatown that I have never seen and may not have seen on my own.

And that is what often happens with mystery authors—they show us a part of their world we may never have seen without them.

It's one of the things that mystery writers do best. And each region, each city, even those individual neighborhoods have distinct personalities.

And that is one of the things I love about mysteries.