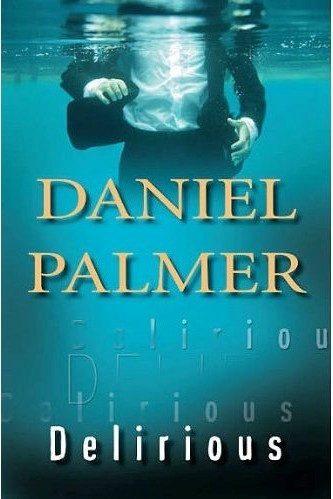 Everyone loves a shaggy dog story. And here’s a different spin.

So many times I’ve heard authors talk about how a character came out of the blue, knocking on their door, begging to be let into a plot.

But for Daniel Palmer, a character didn’t come knocking, but came pawing.

Palmer had pretty much finished his manuscript for his debut Delirious. The story revolves around Charlie Giles, the inventor of a new digital-entertainment system for automobiles, whose life unravels after he has a meltdown in a meeting. Then compromising emails and web sites are found on his company computer.

Charlie is a driven, uncompromising character who undergoes tremendous changes during Delirious.

While the manuscript’s plot worked, Palmer’s agent felt that the character was almost too driven and unsympathetic. Charlie needed something or someone to soften his edges and make the reader want to root for him.

So Palmer went back to his manuscript and, after consulting a veterinarian friend about the kind of dog Charlie should have, came up with Monte. The playful beagle does indeed allow the reader to see beyond Charlie’s tough exterior. You gotta love a guy who keeps an old shoe in his desk drawer for his beagle’s chewing pleasures, as Charlie does.

And Palmer knows he made the right decision in bringing Monte to Delirious.

"He's a good example of a character just 'barking' to be in a story. I'm glad I heard him," Palmer told me.