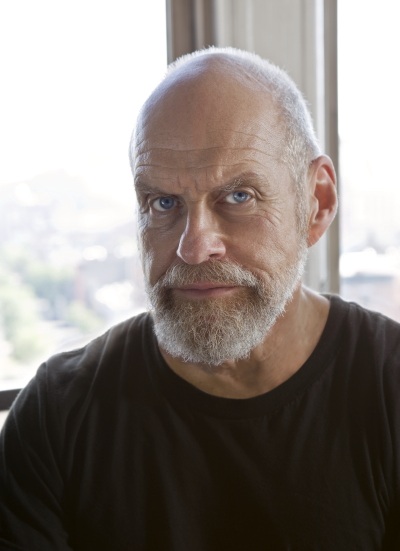 Lawrence Block owns up to a career of pseudonymous offspring, now out in ebook form.

By the time you get to read this, 40 or more hitherto out–of–print books of mine will be available in ebook form, courtesy of Open Road Integrated Media. When you add in the 50 or so ebooks already available from HarperCollins, well, that’s a lot of books.

More, in point of fact, than you’ll find on the ad card of my latest hardcover. The ad card is that page in the front of the book that lists the author’s other books, and lately mine has run onto a second page. You’d think it would be complete, but here’s the thing: it’s not.

And those 40–plus Open Road titles include quite a few you won’t find on my ad card. The new books (or newly–acknowledged, let us say, since some of them are a half–century old) are books which appeared originally under pen names. Some of those pen names were a fairly open secret, to collectors and specialists, of not to the general reading public. One or two were not.

I think you get the idea.

And I think the best way to do so may be in the form of a self–interview. That’s the sort of interview with which I’m most comfortable; when an embarrassing question comes alone, I have only myself to blame.

Why use pen names in the first place?

Various reasons. The first time I ever used a pen name it was handed to me. I had two stories in a single issue of either Trapped or Guilty, a pair of alternating bimonthly crime fiction magazines edited. When the magazine hit the stands, one story was by Lawrence Block, the other by B.L. Lawrence. (The editor, one W.W. Scott, rose to heights occasionally; Dan Sontup sold there regularly, and his alter–ego was Topsun Daniels. You can’t make this stuff up—except, clearly, W.W. Scott could.)

Sometimes I used pen names because I was being cute. The first Paul Kavanagh book had a narrator/protagonist with that name, and the book purported to be true. Same thing with the four Chip Harrison titles. Years ago, when the Harrison and Kavanagh titles were reprinted, I put my own name on them.

So these books were crap, right? So why bring them out now?

Hey, I’m as surprised as you are. For years I used to say that the one comforting thing about my early work was that it had not been printed on acid–free paper. God speed the acid, I said.

You seem to have changed your mind.

Yes, but not overnight. The first shift came some years ago, when the tag team duo of Ed Gorman and Bill Schafer convinced me into consenting to the reprinting of a book I’d called Cinderella Sims, which Nightstand published as $20 Lust. I’d conceived of it as a Gold Medal crime novel, lost enthusiasm for it along the way, and finished it up as that month’s entry for Bill Hamling at Nightstand. Ed and Bill thought it was a good book, and I gave in finally, and the book came out as a handsome hardcover volume from Subterranean Press and got a surprisingly generous reception from reviewers. My agent sold it in France, and they liked it just fine over there. 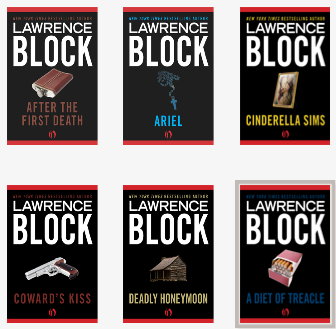 Then Charles Ardai reprinted a pair of my Gold Medal titles at Hard Case Crime, and asked what else I had, and I dug up A Diet of Treacle, Lucky at Cards, and Killing Castro. The first two were Sheldon Lord books at Beacon, the third a book for Monarch by a pen name no one knew about, Lee Duncan. (His only book.) I got to put my original titles on the first two (instead of Pads Are For Passion and The Sex Shuffle) and Charles came up with a distinct improvement on Monarch’s Fidel Castro Assassinated, and again the critics were gentle. Vintage Lawrence Block, they said, when he was at the height of his powers, before the long slow heartbreaking decline.

They didn’t say that.

Maybe not in so many words. You had to read between the lines.

So you suddenly decided the work was good enough after all?

It’s possible I just relaxed my standards. When Evan Hunter asked what I thought about letting Charles reprint his Matt Cordell stories, I told him I remembered those stories fondly, and they were better than he thought. Anyway, I said, my own working principle was that, when faced with two courses of action, I pick the one that brings money into my house.

In other words, it all comes down to money.

I’m not going to pretend it’s not a factor. But so is age.

I often think of an observation my mother made. “The one good thing about growing old,” she said, “is that every year there are a few more things I just don’t give a shit about.” She was perhaps seven years younger at the time than I am now, and I have to say she got that one right. If I wrote something, why pretend I didn’t? Because someone might think less of me for it? Well, so what? I may have cared once. I don’t seem to care any longer. 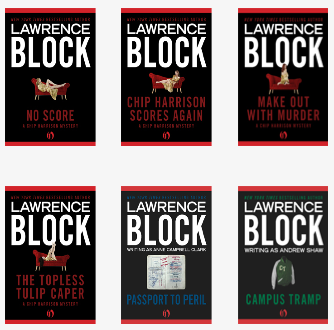 Consider Campus Tramp. It was Andrew Shaw’s first book, written in the summer of 1959, and it became a cult classic at Antioch College, where it was thought to be rather more of a roman a clef than it in fact was. When Creeping Hemlock Press wanted to reprint it, I was okay with it. I was troubled to hear that an old high school friend of mine was reading it; then he emailed me, full of praise for the book, and I decided it was time to quit judging my own work. Maybe he was just being nice. That occurred to me. And it’s certainly possible, because he’s a decent and well–mannered fellow. But I decided I’d rather believe he was sincere.

You believe what you want to believe, don’t you?

And now you’ve got 40 books that you’re suddenly willing to believe are good?

Well, some of them have always borne my name, like Deadly Honeymoon and After the First Death. And then there are the ones I’ve already acknowledged—the Hard Case titles, and the Paul Kavanagh and Chip Harrisons. But there are several Andrew Shaw and Sheldon Lord titles I never thought I’d acknowledge, and then there’s my first–ever book, Strange Are the Ways of Love by Lesley Evans, and there’s a romantic espionage title that absolutely nobody knows I wrote— Oh?

Passport to Peril, by Anne Campbell Clarke. Set in the West of Ireland in the 1960s. The heroine is an American folksinger, hunting songs for her next album, who finds herself an unwitting pawn in a game of international intrigue. In an Andrew Shaw book she’d be a checker, getting jumped left and right.

It’s the least you can do.

Would I be way off the mark if I guessed that you’ve been thinking about all these works a lot lately?

It could hardly be otherwise. See, for each of the Open Road ebooks, I wrote an original afterword. These run from 800 to 2000 words, so in all I wrote the equivalent of a book’s worth of end notes. 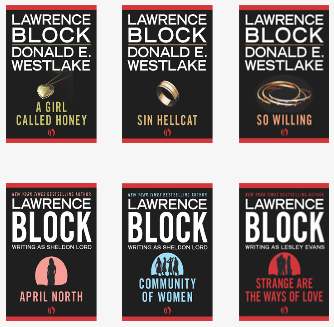 They made you do this? Are you out of your mind? No publisher would dare ask a writer to do that kind of work for free.

And you’re calling me silly?

Point taken. It was, as I said, my idea, and the good people at Open Road thought it was a fine one, so there was nothing for it. I had to get to work. I spent a couple of weeks on it, and Memory Lane turned out to be potted with pitholes and...

Pitted with potholes, I mean. It was a bumpy ride, but I fastened my seatbelt and went the distance. In a sense, I was writing a memoir on the installment plan, and it took me to some curious places. I wound up being far more candid than I expected to be.

Well, see, that’s the thing. I did tell. And yes, some day those afterwords might become a book in themselves. Or not. We’ll see.

Which you drew from a shrink’s files?

No, which I fabricated. I made up the case histories, and one of them sort of stayed in my mind, and I decided it would make an interesting novel.

So you plagiarized yourself.

I prefer to think of it as recycling. But here I was, writing about John Warren Wells, which is something I never do, and it got me thinking.

You’re not going to bring those back, are you?

I might. I wouldn’t put it past me. We’ll see whether people turn out to be interested in the books of mine that Open Road already has.

Forty, I think you said.

Well, 40–plus. And there’ll be some more in a few months, because Charles Ardai and Bill Schafer teamed up to combine two of my books in Hard Case Crime #69, Sheldon Lord’s 69 Barrow Street and Ben Christopher’s Strange Embrace.

Ben Christopher? Where’d he come from?

It was a name Don Westlake and I each used once, for tie–ins. He used it in a lead story for 77 Sunset Strip Magazine, and I used it on this one book, which started out to be a tie–in with the Johnny Midnight TV series. Anyway, Ben and Sheldon teamed up for this one.

And they’re publishing them back to back?

More like belly–to–belly. Remember the old Ace double volumes? And I wrote an afterword for each of them, and after the book’s been out for a few months, they’ll both morph into Open Road ebooks.

You have no shame.

Seriously, you should be ashamed of yourself.

How can I? You just said—

I know what I said. How is it that you’re able to participate in a self-interview and piss off the person asking the questions?